Visas: the biggest tourist trap of all 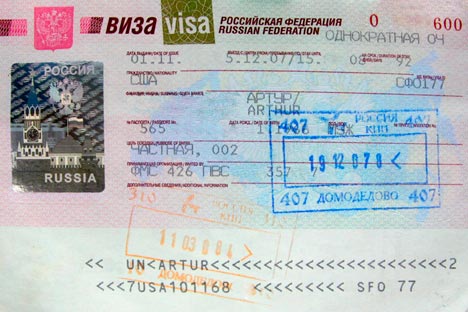 Delays in issuing visas  and poor promotion of Russia as a destination are blamed for disappointing tourist figures.

It’s easier than it was to get a Russian visa, but delays caused by consulates “overdoing the formalities” are still putting visitors off, the tourist industry says.

“Inbound tourism in Russia is growing more slowly than globally on average,” said Yuri Barzykin, RST’s vice president. “The average inbound tourism index in the world in 2010 was almost 7 percent, but just 2 percent in Russia.”

The Russian Tour Operators’ Association says fewer people are visiting from countries that have traditionally provided the largest number of vacationers. Although overall tourist numbers in Russia increased by 5 percent in the first quarter of 2011 compared with the same period last year, the number of visitors from leading countries has dropped: from Finland by 24 percent; Germany 19 percent; the Netherlands 17 percent and Spain and France 16 percent.

Tour operators mainly blame current visa rules and the delays in processing documents for entering Russia. “The decline in the number of tourists is observed in the countries where our consulates are overdoing the formalities,” said Irina Tyurina, RST press secretary.

Another deterrent for would-be visitors to Russia is a shortage of modern cruise ships, tourist coaches and information in foreign languages. But operators reject the frequent claim that Moscow hotels are much too expensive. “That everything in Russia is too expensive and that there is no infrastructure is a myth,” said Sergei Voitovich, director general of Svoi TT, an official representative for Bedsonline in Russia.

“Most of the tourists coming to Russia buy the Moscow-St. Petersburg tours, both cities with excellent four-star and five-star hotels. Hardly a week passes without new foreign-brand hotels opening; their quality is quite up to global standards. Over the past five years, a total of 850 motels have opened in St  Petersburg alone.”

Yet despite the wealth of historic sites and comfortable hotels, the Russian tourist market also suffers from poor promotion. “Almost all other governments contribute to promotion by paying for the publication of catalogues about their countries. They often pay extra to the tour operators who organize charter flights to the country, and for the seats that they have failed to sell in order to keep up the flow. Russia does nothing,” said Tyurina.

But Russian tour operators are now trying to get the government involved. This month, the Russian Tourist Industry Union wrote to the Foreign Ministry proposing the setting up of a working group to address the future of tourism in Russia.