Next step in U.S.-Russia reset is “building trust and understanding” 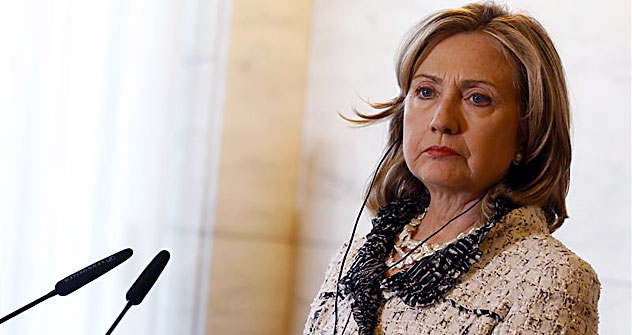 On the eve of meetings with Russian Foreign Minister Sergei Lavrov in Washington, Mikhail Gusman of ITAR-TASS sat down for an interview with U.S. Secretary of State Hillary Clinton.

ITAR-TASS: Madam Secretary, first of all, thank you very much to have us today. How important, in your opinion, is it to build this understanding with us?

Hillary Clinton: I think it’s very important. There are so many relationships between Americans and Russians – historical, cultural, family, in every walk of life. And I think there is a lot in common between Russians and Americans, and so we have been working very hard to really deepen that relationship for the 21st century. And our governments, of course, work together, and I think our so-called reset has been very positive and the relationship among our government officials has really evolved. But the best foundations for a strong relationship are between the people of the two countries. So that’s why I think it’s essential that we do what we’re doing today – to talk more and understand each other.

I-T: You are the coordinator from the American side of the Presidential Medvedev-Obama Commission. Do you think it’s effective enough, and what do we have to do to improve it perhaps?

H.C.: I think the commission that our two presidents established has been very important because it provided an organizing mechanism for our governments and for our citizens to find ways to cooperate. So look at what we’re doing, of course, in the media, as you are one of the leaders of. But on energy efficiency and renewable energy, on nuclear security, how we protect nuclear power plants, especially after what happened in Japan. On sports exchanges – there were a group of young Russian basketball players who came and played basketball with President Obama on the White House court. So I think what we’re doing is building these connections.

In international politics, countries have to work hard to find ways of cooperating, and we have done that on this New START Treaty, on Iran’s nuclear threat, on Afghanistan, on counternarcotics, on counterterrorism. We have a very important and growing set of activities between our two governments, and then the commission takes that and then adds onto it cultural exchanges, artistic exchanges. We’re going to have a year-long exchange of cultural programming coming to Russia – the seasons of America, everything from ballet to jazz to hip-hop. So this commission that Foreign Minister Lavrov and I co-chair for our presidents, I think, has made a lot of progress.

I-T: You and your partner, Minister Lavrov, pushed the button of the resetting of Russian-American relations. What has to be the next step?

H.C.: I think it’s exactly what we’re talking about. The reset was a political decision taken by the governments of both countries, led by our presidents. Now we want to move into a very deep, growing relationship. The reset was like turning the car on; now we’re on the journey together. And we want to travel many miles over the next many years together. I really believe that Russia and the United States have an opportunity in a very complex world to provide leadership in ways that my father or grandfather could not have imagined. So the next step is to keep building trust, building understanding, building confidence at all levels.

I-T: In Russia we are waiting for the next summit of our presidents. Probably it will be during the visit of President Obama to Russia. What will you recommend to put on the agenda of this summit?

H.C.: Well, I think the summits that have been held, both in the United States and in Russia, have been very important because it’s not only been the official meetings. There have been opportunities for more informal settings – meals together, bringing their wives together; I mean, getting to know each other as people. And in addition to that, both presidents have reached out to the larger society. I was very pleased when President Medvedev came and went to Silicon Valley. And now we have a Russian innovation center in Silicon Valley, and we have two American companies working in Russia to establish an innovation center like Silicon Valley. So the two presidents have been emphasizing the importance of our government-to-government relations, our business-to-business relations, involving civil society because ultimately it’s the strength of the people that are the base of any strong country.

Mikhail Gusman and Hillary Clinton preparing for the interview. Photo by ITAR-TASS

I-T: We are meeting – on the eve of your meeting with Minister Lavrov. Who – and what – will be on the agenda of this meeting? Am I right that you will discuss visa problems or adoption problems, stuff like that?

- We discuss everything. One of the problems that Sergei and I have when we meet is we run out of time. So we have set aside a very long meeting when he comes to Washington this time because we have many areas to discuss, and he will, of course, come with a long list, and I will have my list about the things that have to be resolved between us or that we have to deepen our work together on. So for example, we will, I’m sure, compare notes on what we know is happening with the Iran nuclear program because that’s on your border and it’s a direct threat to us both.

We will see whether we can make progress on missile defense as a way of protecting Europe and Russia from missiles coming from anywhere. We particularly worry about Iran, but you can also look at North Korea, and you can look at other hot spots. And we’ ll talk about adoptions, and we’ll talk about visas, the day-to-day work of diplomacy.

I-T: When President Obama invited you to be Secretary of State many people were surprised. Now we all agree it was a great choice.

I-T: How often do you meet with the president, and how important is that personal chemistry between the president and the secretary of state?

H.C.: I think it’s very important. I mean, the most important thing is trust – trust in the judgment of each the president and the cecretary so that there can be an ongoing conversation about the many issues that we work on together. I see the president very often in one-on-one meetings, in small meetings, large meetings. We have an intensive ongoing consultation. And I was surprised when the President asked me to serve as his Secretary of State, but I’m very honored to do so, and I think that we all – both Russia, the United States, all the major countries in the world – are now thinking through the new global challenges. And so President Obama and I have thought a lot about how do we try to structure the world for the future that awaits, and that’s why we think the partnership between Russia and the United States is so important. It’s something the president feels very strongly about, as do I.

I-T: We are sitting now in the Harry Truman Building. As I know, it was built first as a building for the ministry of defense. What defines American power now better – military force or diplomacy?

H.C.: It’s both. It always is. It is both because every country has to be able to defend itself, and the United States, of course, has many interests and concerns around the world that we have to pay attention to. But it is especially important in today’s world that diplomacy, outreach, the new media, which we have seen in the Arab Spring must be part of a country’s, as we say, tool kit as we reach out, again, not just to governments, but to people.

I-T: You have set all records traveling throughout the world. But you’re in great shape. Tell us the secret only for the Russian audiences. We can keep the secret.

H.C.: All right. If you don’t tell anybody. Look, I am blessed. I – and we have an expression; knock on wood, right? I am blessed with good health and stamina. But I also – like everyone else who travels as much as I do – not many people travel as much as I do, but people travel a lot in today’s world – it’s the basic stuff. There’s nothing complicated about it. Try to get enough sleep, which is not easy with our travel schedule. Try to eat right, which is also not easy because when you travel, there’s lots of food coming your way that is very tempting. And try to get some exercise, even the simplest get out in the sun and walk just so that you feel like you’re being rejuvenated.

But I have to tell you, it is a great challenge to travel as much as I do. And I have talked with some of my foreign minister friends, like Minister Lavrov. You would think in a world that is dominated by computers, you would just punch a button, and we would look at each other across a screen. But no. In today’s world, I think people want to see personal contact even more, and I respect that.

I-T: That’s good. My last question, but very, very important for me – there is something – I had a bet with a very close friend, and the bet was about future American relations. My position was: 2012, Mrs. Hillary Clinton – Vice President. 2016, Mrs. Clinton - first woman in American history President. Shall I win or lose?

I-T: In spite of your answer, I will still keep my position.

H.C.: Well, you are too kind. And I see why you have been so successful for so many years. But I have told the president that I have been deeply privileged to serve, and I’ve spent now nearly 20 years at the highest levels of American politics and now diplomacy. So I think it’s time for me to maybe take a little change of direction.