A new tender for the Indian Navy 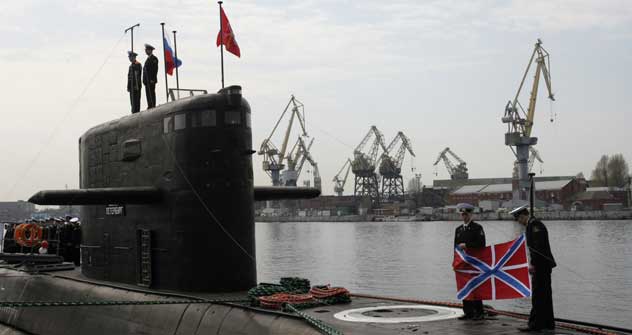 Russia will participate in a new tender on the delivery of six diesel-electric submarines for the Indian Navy, the state-run exporter Rosoboronexport said.

Russia dropped out of the first Indian submarine tender in 2009.

"There is a new tender, with the new requirements, and together with [Russia's] Rubin design bureau we are making a proposal to India for Amur 650 class submarines," Azizov told reporters at IMDS-2011 naval show in St. Petersburg on June 1.

Azizov said that Amur class is a fourth-generation vessel, and "Russia has all chances to win the tender."

The Indian Navy said in February it will announce a global tender for procuring six next generation submarines worth about $11 billion by the end of 2011.

India is building six Scorpene submarines the Mazgaon Dockyards Limited (MDL) under a deal with France's DCNS. However, the Indian side said it would need submarines "with better stealth capability, improved detection range and combat management system."

According to Azizov, Amur class subs match these requirements perfectly, as their sonar signature level is several times less than that of Kilo class submarines which are considered at present the most silent in the world.

In addition, Amur 650 could be equipped with the Air Independent Propulsion (AIP) systems on the basis of fuel cells to increase considerably the endurance and cruise range in a submerged state.

According to Indian sources, France, Germany and Spain will also participate in the tender.

The Indian Navy is planning to commission at least 12 submarines in the next decade to strengthen its depleted submarine fleet.