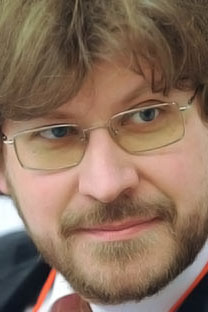 July is a quiet time in international politics, which gives us a chance to tally the results of the most recent season in Russian foreign policy. Here’s Fyodor Lukyanov's take on the events that have had the greatest influence on Russian policy.

First, there was the vote on UN Security Council Resolution 1973, which sanctioned the use of force against Tripoli. For the first time since 1990, Moscow did not block a resolution sanctioning outside interference in the affairs of a sovereign state. Though Russia’s leaders then made contradictory statements about the resolution, the importance of Russia’s abstention should not be underrated. It was a departure from principle (inviolable sovereignty) in favor of political expediency. This makes Russian policy more flexible but less predictable.

This unpredictability was on display in Russia’s approach to the election of a new IMF director following the arrest of Dominique Strauss-Kahn. In the span of a single week, Moscow first supported a candidate from Kazakhstan (the head of its Central Bank Grigory Marchenko), then sided with BRICS (the new director should come from an emerging economy, not Europe), and finally welcomed the candidacy of France’s Christine Lagard together with the G8. This attempt to sit between several stools did not help strengthen BRICS, a process the Russian president and his four colleagues described as the new global reality two weeks before.

Meanwhile, Russia continues to feel hemmed in by a rising China. Beijing’s assertive behavior at the 10th anniversary SCO summit and the ongoing bargaining over the terms of energy deals have made it clear that Russia needs to adopt a new, respectful but tougher tone in its talks with China.

The most recent escalation in the territorial dispute with Japan following President Medvedev’s visit to the Kuril Islands has broader implications than may appear. The Kuril Islands are decidedly peripheral to Russian policy, but Moscow decided to emphasize its interests in Asia and its intention not to withdraw from that part of the world. This hint grew even louder when Moscow announced its plan to deploy the Mistral helicopter carriers it bought from France in the Pacific. Russia continues to look for ways to consolidate its positions in Asia and the Pacific, but for the time being its gestures remain symbolic.

The deal to buy the Mistral helicopter carriers was clear evidence of that the old borders between the blocs in Europe are coming down. The weakening of institutional ties within NATO against the background of the deep EU crisis is compelling countries with economic or political ambitions to look for ways to achieve them independently. The former military and political discipline is breaking down, and this process will most likely continue.

The ratification of the New Start Treaty put the finishing touches on the “reset” policy. The architects of the policy have achieved practically all of their goals and improved considerably the atmosphere of Russian-U.S. relations. But having fulfilled the agenda, the sides do not know what to do next. The two issues that were supposed to be resolved – Russia’s accession to the WTO and progress on missile defense – are hanging in the air again and are likely to remain unanswered at least until the 2012 elections in the United States and Russia are over and the power configuration in each country is clear.

Contrary to the consensus, the discussion of missile defense that lasted for six months and ended with NATO’s renunciation of Russia’s proposals was neither pointless nor unsuccessful. Given the mistrust between the two sides, it is naïve to hope that they would rapidly come to terms on cooperation in such a sensitive sphere as missile defense. However, the very fact that there was a discussion, during which the sides made ad hominem attacks but also meaningful pro and con arguments, should not be underrated. This is an important and essential step. The two sides will resume this discussion, and the work done will be helpful in the future.

The stormy events in Belarus and in its relations with Russia have finally changed the character of ties between Moscow and Minsk. Talk of union and brotherly relations seems a distant memory now. In light of the Belarusian economic crisis, Russia has begun to dictate in the relationship. Minsk is being pressured into selling its key assets and it seems that President Alexander Lukashenko cannot avoid this. His consent to the transfer of the most lucrative property to Russia will put an end to the era of his country’s genuine sovereignty.

The extension of terms of Russia’s military base presence in Armenia until the middle of this century has not only confirmed the existing balance of power but also drawn attention to the knot of contradictions in the South Caucasus. Moscow’s unsuccessful attempts to mediate a Nagorny-Karabakh peace deal, the vague political situation in Abkhazia and South Ossetia, Tbilisi’s provocations in the North Caucasus (its parliament’s decision to recognize the Circassian genocide in the Russian Empire) and Turkey’s more active foreign policy are forming an increasingly complex mosaic.

Finally, the commissioning of the ill-fated Bushehr nuclear power plant in Iran has become a bright spot in an otherwise dark time in Russian-Iranian relations. Tehran’s regional position is growing. Meanwhile, Russia’s prestige in Asia is not increasing because its position in Iran is universally perceived as dependent on its relations with America.

In general the 2010-2011 season has not been the best in the history of Russian foreign policy. Any progress was mostly the result of previous efforts. Russia’s maneuvering, which has bordered on inconsistency, was designed to mitigate risks in this turbulent and uncertain global situation. Russia will most likely continue this approach in the next season, all the more so since a change in its power configuration will consume the lion’s share of the country’s political energy during peak season.