Unhappy in its own way 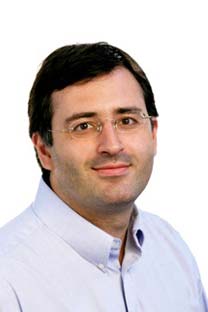 For the first time in peacetime history, U.S. debt is about to reach 100 percent of its gross domestic product. The largest European economies - France and Germany - are also way past the 60 percent of GDP threshold set in the Maastricht criteria and are approaching even more threatening levels of debt. Rating agencies are now talking about downgrading U.S. and French debt. This would have been unthinkable in 2008. The situation is yet far worse in Greece and several other smaller European economies.

In the United States, a sizable fiscal consolidation, either through a massive reduction in government spending or through a tax increase, cannot happen before the 2012 presidential election. But even if the newly elected president manages to push through such a package, it will substantially slow down the economic growth in the United States — and therefore globally.

Another new challenge is the fact that the U.S. monetary policy cannot get out of the “zero lower bound” trap for such a long period of time. Despite massive monetary expansion — also known as “quantitative easing 2,” or QE2 — the Federal Reserve cannot generate positive nominal interest rates that would help break the vicious circle and provide incentives to invest the liquidity in the United States. The free cash printed by the Federal Reserve is now being invested all around the world, most importantly in the emerging markets. Once again, this is a new challenge. The textbooks do not tell the policymakers what to do when emerging markets become the hope for global economic growth, while the developed economies continue to be a drag on this growth.

If emerging markets were certain to keep growing, this would possibly justify the convictions of the global optimists — who believe that whatever happens in the developed world, the global economy would keep growing at strong rates. Indeed, the “law of conditional convergence” implies that — all other things equal — the developing countries have a very high growth potential.

But “other things equal” are not assured. The economic history is full with examples of economic miracles running out of steam at a very unexpected moment. Leo Tolstoy’s “Anna Karenina” starts with the famous “Happy families are all alike; every unhappy family is unhappy in its own way.” As long as emerging markets are growing, they are all parts of BRIC (or BRICS, BRICKS, BRICSAM or N11).

Each emerging market, however, may stumble and falter in its own way. China will have to somehow meet the challenge of the newly emerging middle class requesting political liberalization. India will have to mobilize resources to invest in modern infrastructure, not an easy feat for a democratic country with a large poor population. Brazil will have to address the issue of inequality. All these risks are low probability events at every given moment, but they are somewhat unavoidable in the long run.

On top of the idiosyncratic risks, the emerging markets also share a problem caused by the Federal Reserve’s QE2. The hot money printed by the Fed is being invested around the world, and this may create bubbles in developing countries’ asset markets. Like the bubble in the U.S. subprime markets, these bubbles may burst unexpectedly with very painful implications for the whole world.

Interestingly, Russia is very different from both developed and developing markets — or as Tolstoy would say, “unhappy in its own way.” It is not a developing country in terms of per capita GDP and thus does have a very high growth potential. It is also not facing a sovereign debt crisis, as its current debt level is spectacularly low — about 10 percent of GDP. It is still very dependent on the oil price and therefore should be doing very well given the oil price is above $100 per barrel.

Yet what is most puzzling is that Russia is actually not attracting investment. Starting September 2010, Russia’s capital account became negative rather than positive. It looks like that both Russian and foreign investors prefer not to invest in Russia, and instead pick the United States, despite zero interest rates.

President Dmitry Medvedev gave the only plausible explanation of this puzzle when he said Russia is suffering from chronic and comprehensive corruption and has a very bad investment climate.

Sergei Guriev is dean of the New Economic School in Moscow.