NATO to be shown “an electronic nose” in Sochi 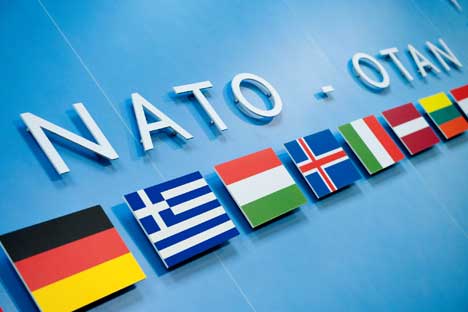 NATO’s permanent representatives travel to the capital of the 2014 Winter Olympics.

On July 4 Sochi will host an offsite meeting of the NATO-Russia Council at the level of permanent representatives. Leaders of diplomatic missions will not only discuss topical issues among themselves, but will also meet with President Dmitry Medvedev, who will welcome them at his residence, and the foreign minister, Sergey Lavrov. Meanwhile, the deputy defense minister, Anatoly Antonov, will tell the guests from Brussels about armed forces reform.

Both the Kremlin and Smolensk Square [Ministry of Foreign Affairs] still have questions regarding NATO’s strategies. In Sochi a substantive discussion will be held regarding the parameters and conditions of possible co-operation in the formation of a joint Euro-ABM system. Our permanent representative to NATO, Dmitry Rogozin, told Izvestia that Russia has suggested not creating two different systems that would, somehow, exchange information. In that case it would not be a Euro-ABM system, but a system for the containment of Russia’s nuclear potential, created under the pretext of defense from Iranian missiles.

Therefore, during the mid-December meeting in Brussels, deputy head of the General Staff, Col.-Gen. Valery Gerasimov presented the idea of forming a common anti-ballistic missile (ABM) system: in other words, a comprehensive system that will include threat identification centers and joint decision-making. Because each party will have its own pushbuttons to activate operational systems, decisions to use them will be made jointly. NATO officials are aware of this approach. In March NATO defense ministers were discussing in detail how they saw the ABM architecture in Europe. Now, the time has come to discuss the possibility of co-operation with Russia in this field.

A discussion regarding the situation in Libya will take place with the participation of Sergey Lavrov. Because NATO has become the enforcer of the UN Security Council resolutions 1970 and 1972, as a permanent member of this body, Russia is interested to learn how its partners understand them. “Artistic interpretation” of these documents is absolutely inadmissible, say representatives of the Foreign Affairs Ministry. The loose interpretation of the use of force within the framework of the operation to ensure a no-fly zone is leading to regular strikes not only against the Libyan infrastructure, but also against civilians.

The only way to stabilize the situation, according to Russia’s Foreign Affairs Ministry, is by reaching an immediate ceasefire and starting a dialogue between the participants in Libya’s domestic conflict with assistance – but not outside intervention. At the request of the G8 leaders, Russia has assumed the role of mediator: Russian president’s special envoy to Africa, Mikhail Margelov, traveled to Benghazi and Tripoli. At the end of his trip, he presented President Medvedev with a number of specific suggestions aimed at resolving the situation in the “hot spot”. For example, he spoke about the initiative of Tunisia, which had offered its island of Djerba as a place to start inter-Libyan talks.

In the host-city of the future Winter Olympics, NATO officials will not only see the current construction projects, but also attend an exhibition on the fight against terrorism on transport. It will demonstrate the products of Russian companies used by our Anti-Terrorism Committee.

Russia and NATO, for example, are jointly working on the creation of “an electronic nose” – a device for the anonymous and remote detection of explosives. Without causing harm to people’s health, it will detect the presence of explosive material weighing at least 250 grams, which can be placed on the body of a suicide bomber in a crowd.

Earlier, it was planned that the Standex project will be completed in 2013. However, earlier this year a decision was made to expedite its implementation. According to Dmitry Rogozin, Russia will own the copyrights to the use as well as the production of the device. Scientists from five countries are taking part in its development, including experts from Russia, France and the United States. Two other states have fully classified their work.

This is a major scientific project which Russia is working on together with NATO members not on a grant basis, but based on the principle of co-financing. Moreover, for the first time Russian scientists are the main developers. The project involves two St-Petersburg-based private companies which are working under the aegis of Rosatom, in particular, the Khlopin Radium Institute. The cost of the project is not being disclosed. According to Rogozin, “it’s millions, but not tens of millions.”