The West and the Warlords: Fatal Attraction 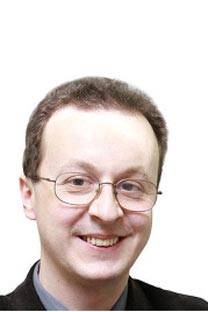 When president Obama recently made public his plans for a gradual withdrawal of American troops from Afghanistan, he might not know that he was quoting almost word for word Mikhail Gorbachev’s orders from the end of 1980s. Obama said bluntly: “America, it is time to focus on nation building here at home.” This was exactly what Gorbachev told Yuly Vorontsov, formally the Soviet ambassador in Kabul in 1988-1989, but in fact Moscow’s special envoy with a delicate mission going far beyond Afghanistan;s borders. Vorontsov was ordered by Gorbachev to negotiate the withdrawal of Soviet troops with both the mujahideen and the initially pro-Soviet government of Mohammad Nadjibullah. The reason for the drop in Soviet enthusiasm for the Afghan “nation building” was the same as Obama’s – war losses and the desire to concentrate on home front, where a major political reform (perestroika) was getting out of control.

Remembering where Vorontsov and the Soviet generals were successful and where they failed makes sense, since so far American-led ISAF force in Afghanistan generally repeated the pattern of the Soviet stay in that country. Deceptively smooth initial invasion and an almost red carpet reception in Kabul; guerilla fighting with periodic losses of whole provinces to rebel forces; attempts to break resistance by massive use of firepower; search for political solution to the conflict via inner-Afghan reconciliation and massive training of local loyalists. The last stage is unfolding under our very eyes. President Obama is ordering the withdrawal of American forces at the same time justifying the speedier than scheduled pace of the troops’ withdrawal by a “receding tide of war.”

Gorbachev would have gladly picked that metaphor of a receding tide in 1989, if it had not been for the disillusioned Soviet public which showed less and less inclination to be fed metaphors instead of bread and butter.

In fact, the Soviet withdrawal in 1989 was so initially successful that its authors certainly deserved praising metaphors. Vorontsov had indeed met representatives of the 7 main mujahideen groups in Jeddah, Saudi Arabia, and secured their pledge not to attack the Soviet troops when they would be most vulnerable – on the way to the Soviet border. When the last remaining Soviet troops were leaving Afghanistan on February 15, the Soviet authorities made every effort to avoid giving this operation the look of a humiliating defeat. If you look at the now historic pictures of the last Soviet tanks crossing the bridge connecting Afghanistan with the then Soviet Uzbekistan, you will see festive faces, lots of red flags and obviously jubilant officers and soldiers. Symbolically, February 15 was celebrated in Nadjibullah’s Afghanistan as the national independence day. But it also became a holiday for the Soviet Afghan vets and for anti-Islamist Afghans (the Islamists later preferred to celebrate the anniversaries of the fall of Nadjibullah’s government on April 28, 1992). Indeed, what happened on February 15, 1989, made everyone happy.

As late Yuly Vorontsov told me in an interview in 2002, the Soviet did not plan by their withdrawal to abandon Nadjibullah to his own devices. On Vorontsov’s insistence, Kabul was well stocked not only with arms and munitions, but also with food supplies which allowed the Afghan capital to hold out a long siege even if the mujahideen managed to cut the supply routes leading from Kabul to the Soviet border. Support dried up in 1991, after the collapse of the Soviet Union. But even then Nadjibullah’s army proved to be strong enough to resist pressure of mujahideen forces for 3 more years, until 1992. And even then it was defeated primarily because of the betrayal of one of the key commanders – general Rashid Dostum. The ultimate failure of Nadjibullah’s regime in April 1992, however, serves as a bad historic omen for the planners of the American withdrawal. It shows how vulnerable an anti-Islamist government can become once the “big Satan” stops support. The Russian or American incarnation of this big Satan makes no difference for the Islamists. Believe it or not, for them Russia is a part of Western civilization.

So, Obama would probably make a right decision, if he learns from this ultimate failure of an initially successful Soviet withdrawal maneuver.

During my recent visit with a group of Russian journalists to the NATO headquarters in Belgium, we heard a lot of regrets of the NATO officers about the West’s failure to learn from the Soviet experience in Afghanistan. So, hopefully, Russian advice is not unwelcome any more. Then my advice would concern history – the sphere closest to my heart among Afghanistan’s topics.

Here is my advice to Europeans and Americans in Afghanistan: do some soul searching on what you perceived as “the forces of progress” in Afghanistan. It became so fashionable in the West to lambast the current president Hamid Karzai for being “weak on warlords” that some people obviously forgot that some Westerners were instrumental in putting these warlords next to Karzai.

Take the example of the glorification of the former Tajik warlord Akhmad Shah Massoud, killed by fellow warlords on the eve of the American invasion in September 2001. Before his death Massoud had been the main beneficiary of American arms supplies in the 1980s under Reagan doctrine and the darling of anti-Russian European intellectuals, especially the French Bernard Henri Levy. The recent diplomatic recognition of Libyan opposition by France (which triggered the unending NATO intervention) was brokered by this same Levy, who called Sarkozy from Benghazy with the ominous words: “You must see these Libyan Massouds.”

And only several courageous Afghans, such as Malalai Joya, formerly the youngest female member of the Afghan parliament, threatened for her accusations against the warlords, don’t stop reminding Americans of some uneasy truths about Massoud. The problem is that Masood commanded the artillery which destroyed Kabul in 1992, during the internecine fighting between various groups of mujahideen. “In the 1990s, the main destruction was visited upon Afghanistan by the former anti-Soviet mujahideen fighting each other, not by Taliban,” remembers Iftikhar Murshed, the Pakistani ambassador in Afghanistan at the time. “Massoud, this supposedly pious Muslim, while being holed up in the Panjshir valley north of Kabul, took money from heroin traffickers and illegally exported precious stones recovered from the mines in Panjshir,” Malalai Joya writes in her now famous book “Raising My Voice,” a tale of futile attempts to open the eyes of American officials in Afghanistan to ugly truths about their “allies” in that country.

Why do I consider this important? Because the habit of enamoring oneself with anti-Russian warlords with embarrassing consequences stayed the pattern of much of the Western policy and especially much of the Western media attitudes. Here is how the above-mentioned “philosophic diplomat” Bernard-Henri Levy describes the Georgian president Mikheil Saakashvili in the wake of his bombardment of Tskhinvali in Le Monde daily: “He is young. Very young. His youth reveals itself in the impatience of gestures, the fever in his eyes, brusque laughs and the habit to gulp down bottles of Red Bull as if it was Coca-Cola… He is a Francophone in love with France. Passionately interested in philosophy. Democratic. European. Liberal in both the American and European senses of this word. Of all the resistance fighters that I met in my life, of all these Massouds and Izetbegovices, he is the most visibly hostile to the universe of war, to its rites, its symbols, its culture. But he has to wage a war.”

There is one refreshingly bitter sequence of names in this otherwise sickeningly sweet “confession d’amour.” Massoud and Izetbegovic. Afghanistan and Bosnia. Two tragedies, to which South Ossetia was recently added thanks to the people like Bernard Henri Levy. Read these sweet confessions and look at the consequences. May be, this is the main lesson the world can draw from the Afghan campaign.