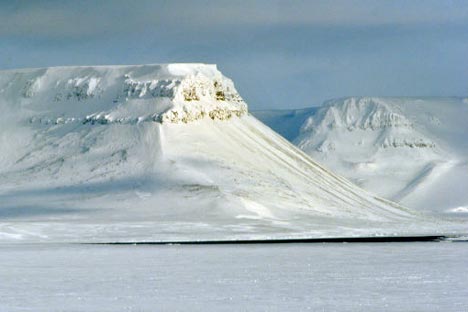 Russia is concerned by NATO and Asian states' activities in Arctic.

Russia's economic interests are threatened by the activities of NATO and a number of Asian countries in the Arctic, Navy commander Admiral Vladimir Vysotsky said on.

"Currently, a wide range of threats, which may negatively effect Russian economic interests, are concentrated in the Arctic," Vysotsky said.

"Recently, we received confirmation that NATO has marked out the Arctic as a zone of its interests," Vysotsky said.

Vysotsky also said that apart from NATO states, China, Japan, the two Koreas and such "well-known Arctic countries" as Malaysia and Thailand have also intensified their activities in the Arctic.

The nuclear-powered icebreaker Rossiya left the port of Murmansk on July 5 to accompany a research vessel on a second mission to determine the boundaries of Russia's continental shelf in the Arctic.

Russia is in a dispute with Canada over the Lomonosov Ridge, with both countries trying to persuade a UN commission that it is an extension of its own continental shelf. The sides have agreed that scientific evidence should resolve the dispute.

A settlement of the dispute in Russia's favor would give the country the right to develop vast energy resources on the Arctic shelf.