A friendship continued into the new century 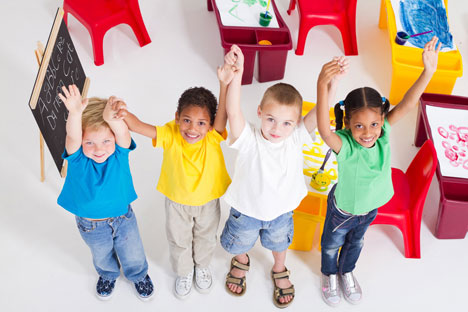 What do Indian people think about contemporary Russia? What kind of image does Russia have in India? These are some of the questions answered in the collective monograph “The Image of Russia in the Public Consciousness of India: past and present”, published in 2011 by a group of academics from the Institute of Oriental Studies of the Russian Academy of Sciences (RAN), T.N. Zagorodnikova, V.P. Kaminnym and T.L. Shaumian.

The book is a pioneering piece of research in Russian social science, and examines how the image of Russia has evolved in the Indian collective consciousness from the end of the 19th Century to the beginning of the 21st Century. The authors mainly concentrate on the Indian peoples’ attitude toward Russia over the past decade, and focus on the many new and positive factors that have shaped the way Russia is perceived in India today.

The work is based on a survey of 4160 people representing different strata of Indian society. The survey was carried out in Autumn 2007 by the Indian company India Advisory Partners Pvt. Ltd. at the request of the investment company SAN Group and the Russian partners;  the centre for international projects IMA – Dialog and specialists from the RAN Institute of Oriental Studies.

The results of the survey show that on the whole India has retained a positive attitude towards Russia, thinking of it as a good geopolitical ally and strategic partner. This is a result of a long history of friendly relations and successful collaboration between the two nations. The survey also shows that Indian people see Russia as a country that has not enjoyed rapid economic development, and will therefore have to put all its efforts into catching up. Young people in India appear to have the most interest in Russia and the most positive attitude, and the people who were least interested in Russia were middle-aged.

Indian society continues to hold Russian universities in high esteem, with a special regard for a Russian education in medicine and engineering. However Russian educational establishments are less popular in India due to the lack of sufficient information on undergraduate and postgraduate courses, the lack of clarity as to how far a Russian university education is recognised internationally and a fear for the personal safety of students.

Many of those questioned mentioned that there was insufficient contact between the citizens of the two countries, and that the level of intercultural collaboration was too low. For most of the Indian population contemporary Russia is largely characterised by the President of the Russian Federation Dmitry Medvedev, and the Prime Minister Vladimir Putin, as well as a small number of world-famous sports stars. The lack of charismatic personalities to represent Russia on an international level is one of the reasons why people are ill-informed about Russia.

By developing communication at an intergovernmental level and consolidating cooperation between Indian and Russian businesses and individuals it is hoped that Indian society will see Russia in a more positive light. This in turn would widen and diversify bilateral relations in a variety of different areas. Joint economic and business events as well as collaboration in science, academia, technology and culture could all serve to enhance Russia’s image in India. This would help to establish Russia as an attractive partner for developing trade and cooperation in the science and technology sectors, and also in the high-tech sector, which is a priority for both countries.

The book also includes a selection of thematic diagrams and tables. The intended audience is not limited to specialists working in the field of international relations, politics and history; the book should also appeal to a much wider readership.