Dreams of my Russian summers 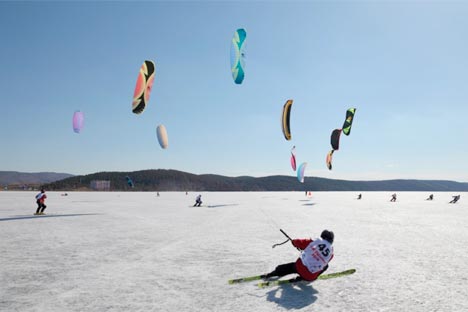 It wasn’t that long ago that Russians discovered the allure of Egypt and Turkey as vacation hotspots. This year many have rediscovered the “staycation,” a holiday near home.

Just ahead of the vacation season, the Levada Center conducted an opinion poll. “Where do you plan to spend your summer vacation?”

Twelve percent planned to travel around Russia; 18 percent planned to stay home for lack of funds, according to the Levada poll. The biggest surprise was that only 3 percent (about 4 million people) said they would be going abroad. This number is quite low, according to tourist operators. Russians who can afford to travel are often game to go anywhere. Just a few months back, Russian tourists arrived in Egypt days after President Hosni Mubarak was overthrown.

But it could be that the Arab Spring, in its many incarnations across the Middle East, has contributed to a change in plans for some Russians. Another spring poll by Levada suggested that events in the Middle East caused as much as half of Russians to change their April plans.

For one reason or another, Russians are putting their umbrellas in their own sand. It’s convenient then that a quarter of the population owns country residences for R&R. The concept of the “dacha,” as the summer house is called, has more or less lost its utilitarian meaning. But in Soviet times, Russians relied on the bounty from their small garden plots — a substantial break for the family budget.

At the dacha these days you’ll find maybe a little parsley and dill growing out back for summer salads. And that’s all. The dacha has a different meaning: to solve the eternal problem of what to do one’s day off and in one’s free time. “Where are you going this holiday weekend?” “Probably to see friends at their dacha and have a barbecue.” Typical question. Typical answer.

Dachas can no longer be considered sad shacks for buckets and spades; most are respectable houses with running water and electricity, where one can easily spend the entire summer. These houses tend to be situated in picturesque places nestled close to a river or lake or forest. What else do you need for a perfect summer vacation?

For a long time, the main drawback of vacations in Russia was the lack of European-standard hotels and tourist infrastructure. But in recent years this situation has begun to change. Today the most popular routes are equipped with comfortable hotels, good restaurants and recreation centers.

Twelve percent of all Russians plan to travel around their native country. An excellent choice: Russia represents every climate, from the Arctic to the subtropics. For those weary of monotonous days at the beach, there is the one-of-a-kind, oldest and deepest, Lake Baikal; the rivers of Altai; or the Volga cruise.

Surely more than 3 percent of Russians are planning an international trip: Levada may have gotten that one wrong. Any Russian who has been to any of the popular resorts in Turkey, Egypt or Spain will tell you that they are full of “our people.” (Foreigners, it seems, have a similar impression. Some European tour operators have started offering vacations in hotels “without Russians.”)

According to Maya Lomidze, acting director of the Association of Russian Tour Operators, some 12 million Russians (9 percent) take vacations abroad every year. However if 50 percent reconsidered their spring plans due to tumult in the Middle East, the tourist industry could be seeing some dip now.

It is less well known that Russians are not only romantic but spontaneous, and tourists often decide to go abroad on the spur of the moment, even just a few days before the flight. (Bear in mind the 14 percent who haven’t yet decided where to go.) Also in recent years, the words “vacation” and “summer” have ceased to be synonymous for Russians. Summers here aren’t bad, given the dacha. Here is another reason to stay put this month.

If you want to fight off depression or seasonal affective disorder, which some consider rampant here, it’s more important to fly off to some sunny climate in the middle of a grey rainy November or slushy March. Plus vacations here are comparatively generous: 30 days. It’s only logical not to take them all at the same time.

The most popular foreign destination for Russians is Turkey, which as of this year made a huge gesture and abolished visas for Russian tourists. Russians feel right at home in Turkish resorts, and have for years. There is no language barrier — almost all the service workers speak Russian.

Culturally speaking, everything else is understood: We’ve always found it easier to get along with the East than with reserved Europeans.

Russians spend lavish amounts on local souvenirs, textiles and leather goods. Last year they left over $3 billion at Turkish resorts. This year, given the new visa-free regime, the number of Russian tourists there and amount of money they spend could significantly increase.

But more of us are going to pick a few wild berries, put our toes in the water and truly relax at home.