The balance of threats 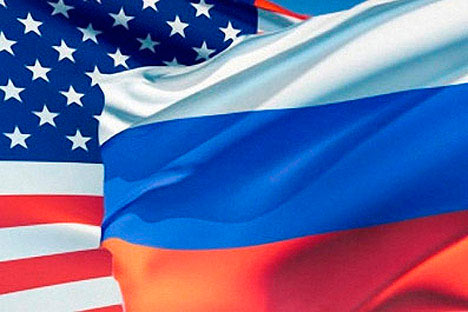 The proposed placement of U.S. missile defense base in Europe has been a thorn in the reset of relations. From the Russia point of view, there has been a distinct lack of progress in achieving agreement on missile defense plans, between Russia on one hand and United States and NATO on the other. The last round of negotiations in Brussels raised questions about the prospects for achieving a mutually acceptable agreement on this pressing topic.

Are Russia’s concerns being considered by the U.S. administration? What will happen in the event that no middle ground is found between the two countries? And what can we expect to hear about this burning issue in the upcoming election seasons in both countries?

Charles Kupchan, senior fellow at the influential Washington-based Council on Foreign Relations and Georgetown University Professor of International Relations, who was responsible for European Affairs at The National Security Council during the Clinton administration, took these questions from Alexander Gasyuk.

Russia Beyond the Headlines: There is a growing perception in Russia that, despite all the talks about cooperation on missile defense in Europe between Moscow and Washington, the United States is steadily moving toward deployment of its antiballistic missiles in Europe regardless of what Russians think about it. Is that perception correct?

Charles Kupchan: I think Barack Obama’s administration is gradually moving forward with its revised missile defense system plan. Initially, the focus will be mainly on sea-based missiles – interceptors in the south of Europe. Only in the later stages will the deployments start in mainland Europe and, at this point, they’re talking about Romania as a potential missile site. But this is several years down the road. I think the view in Washington is that now is the time to try to work out a cooperative agreement with Russia and to deepen understanding between NATO and Russia. So by the time the later stages of the deployment plan come into effect, Russia will be a stakeholder in the system rather than feeling threatened by it.

RBTH: You’ve mentioned previously in the press that you believe this issue could potentially scuttle the progress already made in resetting Russian relations with the West. To what extent could disagreements on missile defense possibly worsen U.S.-Russian ties?

CK: If the plan is poorly handled and if NATO were to completely dismiss Russia’s concerns, then I do think relations could be set back. But I don’t think this is the case at the moment. Now we are in act one of a play that has three or four acts. I would say that the progress that has already been made on improving relations between Russia and the West has made understanding the more likely outcome, because it has already helped to build more trust between Moscow, Washington and Europe.

RBTH: Certainly Moscow has no power to veto U.S. plans for missile defense in Europe, but in the event that no middle ground between Russia and America is found, what would happen then?

CK: My guess is that in this event you would see the United States, NATO and Russia continue to develop their plans for missile defense, but in ways that are more independent from each other, which could have a negative effect on strategic stability. But I don’t believe that the likelihood of this outcome is high because the number of interceptors that the United States is envisaging in its plans would be purely operational and could in no way undermine Russia’s nuclear deterrent.

RBTH: Do you believe that Russian concerns over U.S. and NATO missile defense are justified?

CK: I think that in many respects they are a hangover from the Cold War and the strategic debate in Russia is stuck in the past, as it is also sometimes in the United States. Is it conceivable that the technology developed for missile defense could in the long run have an effect on Russia’s deterrent? Yes, because we never know what is around the corner. But we are talking about a system that is aimed at protecting against one, two or three missile launches, and when compared to Russia’s nuclear arsenal, I think Russia’s claim of discomfort is exaggerated.

RBTH: Given the upcoming election season in both countries do you foresee politicians trying to capitalize on that issue?

CK: Because the United States and Russia are heading into their election seasons, it would be wise for politicians on both sides to try to keep missile defense issues from being politicized. There are certainly voices in both countries that might see it as politically advantageous to try to exploit U.S.-Russian relations at a time when the trend is positive. I think it is important to stress that. However, the differences in opinion over missile defense have to be put in the context of the two countries’ broader relationship that is improving dramatically.