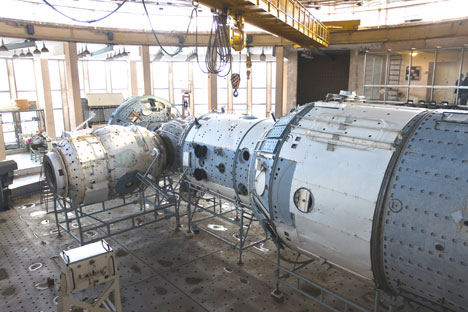 The Russian Space Agency (Roscosmos) is asking to increase the budgetary appropriation for 2012 by one and a half in comparison to the figure approved last December by the “Federal budget law for 2011 and the planning period of 2012 and 2013.”

“During a meeting with the deputy prime minister, Sergey Ivanov, on spending for 2012 and the planning period of 2013 and 2014, we have asked to be provided 181.353 billion rubles for next year,” a high-ranking Roscosmos official told Izvestia.

“This is an absolutely normal budgetary process,” deputy head of Roscosmos, Vitaly Davydov, explained to Izvestia. “We are not talking about the allocation of some additional fiscal provision. A three-year plan is established, then the budget is formed each year.”

The biggest boost to last year’s plan is made by the funding for the global navigation system GLONASS. Currently, Roscosmos is working on a new federal target program for the development of GLONASS between 2012 and 2020. Its basic parameters and funding are currently being agreed on by the Finance Ministry and the Ministry of Economic Development.

Nevertheless, Roscosmos has already informed the government that, next year, the development of the navigation system will require 42.344 billion rubles.

“In accordance with presidential orders, the new FTP ‘Global navigation system’ must be adopted by the government by the end of this year. Therefore, it is too early to discuss its parameters today,” deputy director of the Central Research Institute of Machine Building and one of the authors of the new FTP, Sergey Revnivykh, told Izvestia. “The approach to financing the GLONASS project is crucial as it determines whether we want to remain in the current position and simply maintain what we already have, or if we want to maintain parity and come out as leaders in 2020.”

According to Revnivykh, today China, the US, and the EU’s plans for the development of similar satellite navigation system are quite transparent, and Russian experts have an idea of what to expect from GLONASS’s competitors by 2020.

“If we are striving for the same level then, of course, we need to consider this in our plans. The twofold increase in the program’s cost means that we will be able to lay the foundation, which will allow us not to fall behind by 2020,” he says.

A source in Roscosmos told Izvestia that among the items that have not been included in the earlier budget expenditures there is now an article on “Insuring risks during the launch and test flights of spacecraft.” Roscosmos has requested 5.85 billion rubles for insurance in 2012.

“After losing three GLONASS satellites in December of last year, the agency was criticized for the fact that their launch was uninsured, despite the fact that the budget did not allocate any money for insurance. Because we are being criticized for the lack of insurance, we are asking to insure all spacecraft launched within the framework of the Federal Space Program,” he said.