Yandex is read its copyrights 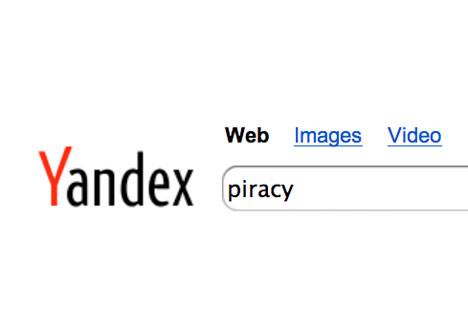 Popular Russian authors and artists are asking Yandex to follow Google’s example and delete pirated content from search results. Under Russian law, it is impossible to oblige the search engine to remove links, it is a matter of goodwill, warn lawyers.

One of Russia’s major publishers, Eksmo,  published an open letter on behalf of its authors to Yandex CEO Arkady Volozh. Most of Russia’s search engines help unprincipled users find websites that publish stolen copyright material, argue the writers. They urge Yandex to follow Google’s example and remove links to pirated content from the search results at the request of copyright owners.

Yandex is the most popular search engine in Russia. According to LiveInternet.ru, in June its share of the Russian search market equalled 64.4% and that of Google 23%. According to TNS Russia, in May of 2011, Yandex’s monthly audience amounted to 25.84 million people. In the spring, during its IPO on NASDAQ, Yandex raised $1.3 billion with the company’s valuation at $8 billion.

Yandex’s competitor, Google, has already begun working with Russian copyright owners. In April of this year, at the request of Eksmo, Google eliminated 446 links to 106 websites with pirated content without any judicial intervention. Instead, Google acted in accordance with the US Digital Millennium Copyright Act, a US law on copyrights in the digital space.

But under Russian law, the search engine is not obliged to respond to a copyrights holder’s request to delete illegal content from the search results, argues head of Uskov & Partners, Vadim Uskov. However, he suggests that Yandex could still meet authors halfway.

“Being accused of aiding piracy is something Yandex absolutely does not want for its image. Meanwhile, links to pirated books compared to websites with illegal video files do not produce a great amount of traffic, so it is possible to do without it,” he says. The main problem, according to the lawyer, will be separating those websites with pirated and legal content. The search engine itself of course won’t be able to monitor pirated sites. This will require copyright owners to make the necessary requests, explains Mr Uskov.

Yandex’s spokesman, Ochir Mandzhikov, says that the company has the right to determine the content allocation policy and impose restrictions only where it serves as the host on such servers as Yandex.Narod, Yandex.Video, and Yandex.Fotki. But it does not have the discretion to intervene in issues concerning third parties’ use of someone else’s intellectual property.

“The Yandex search engine, just like other similar search engines, only indexes information accessible to the public, and in the event it is removed from the source site it will not be found by the search system,” he explains.

According to the non-profit organization Federation of Intellectual Property Rights, the illegal segment of the e-books market in Russia reached $7.5-9.5 million (227.7-288.42 million rubles in accordance with the 2010 average exchange rate). Meanwhile, legal book sales in the electronic format for 2010, according to the online store Litres, reached only $2 million (60.72 million rubles), doubling from $1 million (31.75 million rubles) in 2009.