How Russia can copy China's success 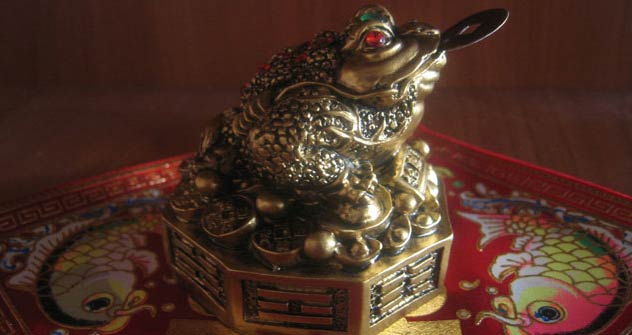 The theory that free trade and free capital flows are always good is increasingly under attack. Even at the International Monetary Fund, the old orthodoxy is on the way out.

Markets usually produce desirable results, but not all the time. In some situations, it pays to control them. No one believes anymore that the financial sector should regulate itself, that financial innovation will necessarily boost productivity, or that globalization benefits everybody. If left to themselves, market forces often lead to monopolistic structures, an unfair income distribution, corruption, a destruction of the environment and, most important, suboptimal economic growth.

In the case of Russia, I have increasingly begun to wonder whether some trade restrictions and capital controls are actually desirable. Could it be that the vast difference in medium-term growth rates in gross domestic product of China and Russia has something to do with the fact that China tightly controls its exchange rate as well as capital flows in general? China's economy expands rather steadily at a rate of almost 10 percent, while Russia chugs along at less than 5 percent.

China's success story is mainly the result of its high investment ratio. At about 45 percent of gross domestic product, it is twice as high as Russia's. This means that the capital stock rises much faster and that there are almost no bottlenecks in production. This, in turn, keeps down inflation, permits easy monetary policies and boosts growth. Based on present trends of 9 percent real growth, 4 percent inflation and a 5 percent annual appreciation of the renminbi against the dollar, China's GDP will exceed the United States' in just seven or eight years, at which point it will be 10 times larger than Russia's.

So the question I have is whether China's record-high saving and investment ratios are a direct or indirect result of making it difficult for the private sector to export capital, as well as a policy that discourages investment abroad while giving Chinese large incentives to invest at home. Net capital exports are, by definition, equivalent to the surplus in a country's current account.

In 2011, both the Chinese and the Russian surpluses will be about 5 percent of GDP. The difference is that the People's Bank does the capital exporting in the form of an accumulation of foreign currency reserves, mostly dollar-denominated, whereas Russia's Central Bank largely refrains from intervening in foreign-exchange markets. Its reserves are more or less constant at about $500 billion.

The implication is that Russia's private sector will be a net capital exporter of more than $70 billion this year. Given the poor state of the country's capital stock, wouldn't it be better to keep some of the money at home? If I cannot buy foreign assets — because it is forbidden or tightly controlled — I have to invest the money domestically. In this way the supply of monetary capital rises and real interest rates fall. The capital stock and potential GDP will thus grow at a faster rate than before. Just as the doctor ordered.

It is obviously easier to restrain capital inflows than outflows. China successfully keeps out undesirable inflows, while Russia has the opposite problem: It must act against capital flight. There are many ways in which people and firms can circumvent capital export controls. One method is to export goods at below-market prices. Another is to import at above-market prices. The differences can then be parked in foreign accounts. The administrative effort to follow the flow of money is considerable and will work only partially. Longer term, it is clearly a better strategy to improve the domestic business climate.

A stabilization of the ruble exchange rate will also help. Since large ups and downs are confusing market participants, investors will hesitate to invest in Russia, or, at the very least, they will demand higher risk premiums. Both effects reduce economic growth.

Since the external value of the ruble has often changed dramatically in response to equally dramatic changes in commodity prices, the administration should consider adopting the Chinese model of a structurally undervalued and fairly stable exchange rate against the euro. A large appreciation of the ruble in the wake of the new commodity boom would inevitably lead to a big increase in imports and thus destroy a part of the domestic production base. This is the so-called Dutch disease. When the ruble declines again, the companies that might benefit from the improved international competitiveness will simply not exist any more.