“I write now with more of an edge“ 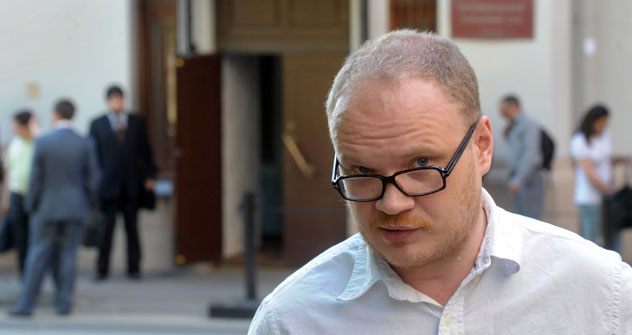 Seven months after he was beaten with iron bars and left for dead, Oleg Kashin ruminates on journalism, provocation, good stories and whether his attackers will ever be caught.

What is the situation currently for journalists in Russia?

I never considered there to be a problem specific to journalism in Russia. It’s a dangerous country in itself. Forty times more people are killed here, in general, than in Europe. That’s why, statistically, journalists are killed 40 times more frequently than elsewhere. The newspaper Kashin, which was devoted to me when I was in hospital, made a list of killed journalists: I was embarrassed because it included the names of people who obviously died for reasons other than their work.

He also stated that the “Kashin affair is nearly resolved.” Nearly resolved is like nearly pregnant: it doesn’t exist. Despite the diligent work of investigators, nothing has happened. Eight months have already gone by and I have serious doubts whether the truth will ever come to light. You understand that I am a bit skeptical. Personally, I wouldn’t speak of improvement. Take the Khimki forest for example, where its defense became a reason for serious attacks on journalists. The violence continues, including against environmentalists. I wouldn’t say people in this country are breathing easier.

How have you been working and living since the attack?

Editor’s Note: A few hours after this interview occurred in late June, the Khamovnicki District Court in Moscow ruled in Kashin’s favor against Yakemenko. who is known as the head of the Nashi youth movement, in a defamation case. Yakemenko, who is now appealing the decision, sued Kashin after the journalist said he thought the youth movement leader was involved in his attack.

My life has obviously changed. Sometimes I’m refused an interview with the formula, “He was given a beating, and it was because he wrote something he shouldn’t have, he’ll do the same to us.” But people know me better, which often makes my job easier. Overall, I am able to work as before.

And what about the fear?

I think my attack is one in a long line of provocations and attacks. Thinking about it all the time would be unbearable.

There’s no subject you won’t do?

No. In addition, I think that I now write with more of an edge; I am tougher against the opponents of good.

Do you think you’ve become a symbol?

It was a risk. But thankfully I avoided it, precisely by beginning to work normally again. And my last publication, the imaginary memoirs of Konstantin Ernst (a satiric look at the director of Channel One, the public television channel) for the magazine Vlast is more important to me than the events of November because it is creating debate and discussions of current events. [Editor’s note: Kashin is working on “imaginary memoirs” a satire of people in powerful places.]

In addition, this trial against Vasily Yakemenko is the continuation of a debate that has lasted 10 years. This time he’s accusing me of compromising his honor, since I expressed my belief that he is involved in my attack. The court is due to rule today.