Anyone will get a chance to observe PAK-FA's flight 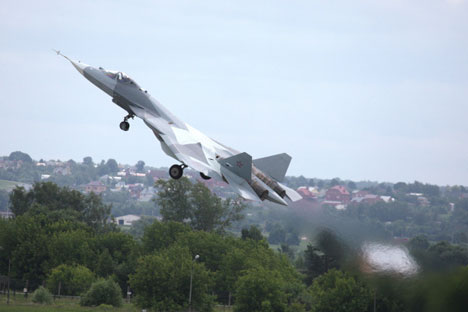 “Numerous visitors will see the fifth-generation fighter in the sky for the first time ever at the air show,” Zanegin said in an interview with Russian magazine National Defense.

The Sukhoi T-50 fighter is being developed by the Sukhoi design bureau and built at a plant in Komsomolsk-on-Amur, in Russia's Far East. The first prototype conducted its maiden flight in January 2010 and has so far carried out over 40 test flights. Two more prototypes are at various stages of testing. The Russian Air Force has said it had plans to acquire over 60 T-50 fighters after 2015.