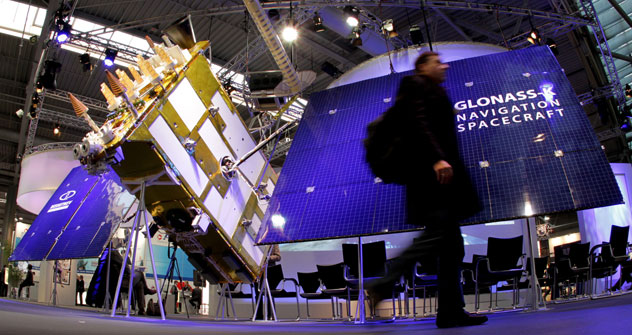 Russia’s alternative to GPS has a tough challenge to take on its established western rival.

The Kremlin just can’t wait to dazzle and impress the global community with its GLONASS, a satellite positioning technology which is being touted here as a credible challenge to established U.S. rival GPS. Russian Deputy Prime Minister Sergei Ivanov, who oversees GLONASS development, told reporters on Monday that the home-made system will achieve 100 percent global coverage by 2012, which could bring it closer to its goal of sidelining its archrival, the GPS, as well as the Chinese Beidou Navigation System and the European Union's Galileo.

So far, a Swedish firm is the only known foreign company to sign on to GLONASS. Sweden's Swepos, a national network of satellite reference stations, said in April that 90 percent of its clients were using GLONASS in combination with GPS, but stressed that the Russian system was better than GPS at northern latitudes. Russian officials have seized on Swepo’s endorsement as a sure sign of GLONASS' viability and long-term prospective. "Sweden has moved to using GLONASS. Why?” Anatoly Perminov, who heads Russia's Federal Space Agency (FSA), asked Prime Minister Vladimir Putin at a meeting on the future of the Russian space industry in April. “Because in northern countries, GLONASS has an advantage over GPS. The Americans themselves will be forced to use it at northern latitudes."

Whether or not Americans will jump onboard remains to be seen. But there are already palpable environmental benefits from wider adoption of the system, especially in Russia, where the devices are being installed on garbage trucks, Ivanov told journalists on Monday. Equipping the country’s fleet of garbage vehicles with the GLONASS system will cut back on high mileage and excessive gasoline usage and greatly improve the ecological situation around the country, Ivanov said. Currently, many garbage trucks deliver their loads not to a designated garbage dump, but "to the nearest forest," he said, adding that the use of GLONASS tracking systems will help drivers to do pre- and post-trip inspections and put an end to the use of illegal garbage trucks.

Only about 35,000 GLONASS units have so far been installed nationally, most of them on public service vehicles such as ambulances, fire fighting vehicles and purpose-built law enforcement patrol vehicles, Ivanov said. He estimated that government institutions and agencies have saved between 30 percent and 40 percent in expenses last fiscal year due to the use of GLONASS. The savings are realized in part by the careful mapping of routes that trims unnecessary miles. The tracking system also monitors a driver's speed, adherence to their designated route and for how long drivers sit idle, which scales back on emissions, he said.

The modest breakthrough has nonetheless given officials cause for optimism and some excitement. Moscow Mayor Sergei Sobyanin suggested equipping minibuses and taxis in the capital with GLONASS tracking systems to constantly monitor the traffic conditions round the clock to ensure smooth traffic flow. Earlier, FSA head Perminov said GLONASS will become the main means of ensuring safety on the roads when the navigation system is fully deployed. He said passenger vehicles, including taxis and buses, should be fitted with GLONASS devices that will automatically transmit information about vehicle location – and in case of accident or other incidents – send data to rescue teams and emergency services.

Ivanov conceded, however, that the project is off to a slow start, in part because of poor marketing and less-than-enthusiastic adoption by Russian consumers. To rectify the situation, he said, funds from the federal target program on the development of GLONASS in 2012 will be mainly used for the system’s commercial development. “The problems are not in space, but on Earth,” the deputy prime minister said. Russia hopes the success of the system will spark a domestic technology revolution, as services develop around GLONASS. But beyond Swepos’ high profile endorsement, success stories to date have been modest at best.

The first smartphone using GLONASS technology, MTS 945 GLONASS, hit the market stalls in April, but experts and reviewers have derided the handset as “neither smart nor even a phone.” Russia’s leading mobile phone expert Eldar Murtazin, who analyzed the device in April, said it is “a political rather than functional product.” "It [GLONASS] has no practical value whatsoever, it shows feeble signals from satellites, which are apparently intended to demonstrate that GLONASS is present in the device," Murtazin wrote in reviews of new smartphone. Murtazin also said preloaded applications in the phone replicate those that came with Vodafone 945, down to the minutest details.

Ivanov reiterated on Monday that customs duty may be imposed on imported navigation gadgets as early as January 1, 2012, unless they are equipped to use the Russian system. Russia first unveiled plans last year to introduce duties of around 25 percent by 2012 on the import of mobile phones without the GLONASS navigation system, as part of efforts to encourage worldwide adoption of the technology. But the move, which experts say could stifle competition and restrict consumer choice, has provoked a knee-jerk reaction, with some local media suggesting the government wants to force Russian consumers to buy products they despise. "Unpatriotic Russians who still prefer to use the Western GPS satellite navigation system will soon be stimulated to transition to domestic technology," Moscow's leading tabloid, Moskovsky Komsomolets, said on Tuesday.

Russia has been developing GLONASS since 1976, and had spent over $2 billion – a third of its space budget – on it over the last decade. Glonass has gradually become the most expensive in a line of patriotic projects initiated by Prime Minister Vladimir Putin to wean Russia off its technological dependence on the West. Russia still has three satellites to launch in order to complete the satellite network. The project suffered a major embarrassing setback last year, when three of the satellites plunged into the Pacific Ocean after a rocket launch went wrong, raising questions over the system's future. But in one brief glimmer of hope, GLONASS' state operator said firms such as Nokia, Motorola and Qualcomm were in talks with Russian chip manufacturers about the mass production of handheld devices enabled with both GLONASS and GPS.