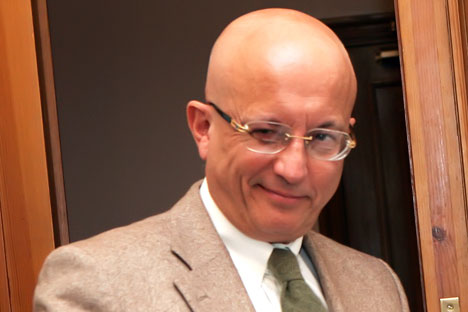 Over the past 18 months, Russia’s relations with Asia have begun to improve. Both President Dmitry Medvedev and Prime Minister Vladimir Putin have repeatedly pointed to the need for an economic turn to Asia. Dozens of protocols and agreements on new projects have been signed with China. Some are already up and running.

Nevertheless, Russia has yet to devise a long-term and comprehensive Asian strategy. The main force holding Russia back is, to put it bluntly, ignorance. Indeed, for some Russians, any economic movement toward Asia is tantamount to a departure from a European path of development.

There is, of course, no Asian alternative to Russia’s cultural and political orientation toward Europe. But a partial economic reorientation toward Asia does not pose any real risk of disengagement from Europe. On the contrary, over the past two years, Russia has officially made a decisive turn in favor of closer integration with the European Union.

Europe currently accounts for more than 50 percent of Russia’s trade turnover. But the European market will not grow to any significant extent for the foreseeable future. Europe’s retained wealth and accrued cultural resources will allow the old continent to live in relative comfort in the decades ahead, even if it gradually cedes its position in the production of goods and services. Indeed, Europe is likely to become a tourist and leisure destination for hardworking Asians.

While Russia needs to integrate itself with Europe’s remaining islands of innovation — Germany, above all — it is the growth potential of the Asia-Pacific region that will determine the country’s future. Here, the main partner is China, which Russia now supplies with fertilizers, seafood, timber, nonferrous metals and increasing volumes of crude oil. Unlike the West, Russia imports from China not so much consumer goods as engineering products. In most industries, head-to-head competition with Asia would be senseless, given Russia’s higher labor costs.

But if current trends persist, Russia east of the Urals — and later the entire country — will become an appendage of China. Russia could become a warehouse of resources and then an economic and political vassal. No “aggressive” or unfriendly effort by China will be needed; Russia will be subdued by default.

There is no immediate geopolitical threat in this situation. Territorial expansion is not a Chinese historical trait, and the two countries have excellent political relations.

But the Chinese are already offering Russia projects that are similar to those that they promote in African states: the development of resources with Chinese money and Chinese labor. Russia must act now to secure a more dignified and beneficial place in a future world order.

That goal requires that Russia rely on its real competitive advantages. Consider basic foodstuffs. Rising food prices plague most of Asia, while Russia’s potential for expanding grain output is enormous. According to some estimates, the country could increase its arable area by 10 million hectares and its crop yields by 250 percent, thereby boosting grain exports dramatically.

But an even larger vision is needed. A modern Asian strategy for Russia — call it “Project Siberia” — should combine Russian political sovereignty with foreign capital and technologies. Investment should come not only from China, but also from the United States, Japan, South Korea, the ASEAN countries and the EU, all of which are keen to prevent China’s exclusive dominance east of the Urals.

The work force can be found to undertake the development projects in Russia’s east, including clusters of high-yielding agricultural production for grain, fodder, meat, poultry, pork and possibly beer. There are still a few million surplus workers in Central Asia. Seasonal workers can be brought in from India and Bangladesh. And, yes, some will have to be brought in from China.

Of course, such a strategy will require highways, bridges, railways and seaports. (There are practically no grain-export terminals in Russia’s eastern regions, for example.) Some Russians fear that if China is allowed to build these projects, crowds of Chinese will flock into the country. My answer is this: If we stay where we are, like the proverbial dog in the manger, the hay — Russia’s economy — will rot.

The strategy should be to transform Russia’s eastern regions into one of rising Asia’s resource and food bases. The east should become a provider of relatively high value-added goods, rather than just an exporter of timber, oil, ore and seafood, as is the case now. Such a scenario would reverse the gloomy demographic and economic trends in the country’s eastern territories and would strengthen Russia’s geopolitical position in the process.

What makes Project Siberia so efficient is that it benefits everyone. Russia would maintain effective sovereignty over its eastern territories while creating a new platform for development. China, Asia and the world would get a new resource and food-supply base, easing emerging shortages. And, last but not least, the vision of peaceful global integration would receive a powerful boost.

Sergei Karaganov is dean of the School of World Economics and International Affairs at National Research University Higher School of Economics in Moscow.
The article was originally published in The Moscow Times