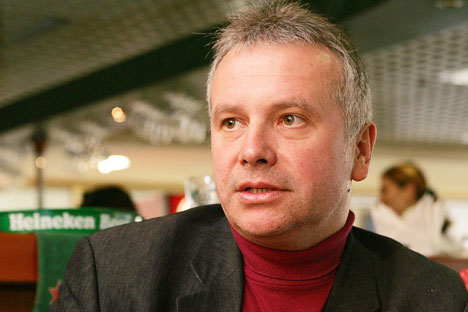 What does the future hold for Eurasia? Will it become a region on par with Europe in terms of global influence? What will Russia’s role be? On the threshold of the Yaroslavl Global Policy Forum, Yulia Netesova discussed these questions with Alexander Rahr, Director of the Berthold Beitz Center Program at the German Council on Foreign Relations, on behalf of Russia Beyond the Headlines

Yulia Netesova: How important is Eurasia for global security today?

Alexander Rahr: The term “Eurasia” has not been introduced yet into the global political context and in the world of political science. Nobody in the West still understands or knows what Eurasia means. There is Europe, there is Wider Europe, there is Asia, but Eurasia is a term that is being used by the countries like Kazakhstan and Russia. However, I am sure that this term will become more politically important in the next years, because Eurasia is developing and is emerging. Eurasia will be the term which we will use while talking about energy security, this term will be connected with the fight against international terrorism in Afghanistan and in Central Asia.

RBTH: What place will Russia have within the Eurasian security system?

Y.N.: What kind of security issues may bring Europe and Asia together under the Eurasian project?

A.R.: First of all, Russia and Kazakhstan must convince NATO and European Union that the new institutions which will be created and the existing ones like the Eurasian Economic Union and Organization of the Collective Security Treaty will not be directed against Europe and against the West. On the contrary, they are being created as an addition, supplement to Europe. Eurasia sees itself as a part of the common European house. I think one very important step could be the establishment of joint missile defense infrastructure between Europe, Eurasia and the United States. Once NATO quits Afghanistan, some role in peace-keeping and stabilization process has to be taken by some Eurasian countries.

Y.N.: What can be done in order to solve effectively the frozen conflicts that are located on the post-Soviet space? What kind of political change is necessary?

A.R.: This is a very difficult subject. There are many frozen conflicts in Europe. Some seem to have a possible solution, some don’t. We have four major frozen conflicts in the post-Soviet territory and all of them are different: Nagorno-Karabakh, Transdniestr, Abkhazia and South Ossetia. I think one solution may be the Kosovo model. It means that these quasi-sovereign states which are not recognized by the international community become full-fledged states. It creates certain problems for some countries – for Azerbaijan, Moldova and Georgia, but it may be the only solution. The best is to accept reality as it is. It may happen through the international conferences that will decide to give these countries more sovereignty. There is, of course, another approach to these conflicts which is based on the respect of the territorial integrity of states. The West is very reluctant to set more precedents that would lead to the creation of new states in Europe. On the other hand, the West accepted Kosovo and also Southern Sudan, so one day the argument will arrive to the point that we should also accept the independence of Nagorno-Karabakh, Transdniestr, Abkhazia and South Ossetia. We should look for solutions that will create more stability in this region.

Y.N.: Do you think Russia could be more actively involved in international diplomacy as a mediator in on-going conflicts?

A.R.: Russia could definitely be more involved in the conflicts on the post-Soviet territory. But I doubt it has leverage over the Middle East or in Northern Africa. I know that Russia thinks it does, and I wish it had, but I am not sure about it. At this moment Russia is not attractive, the Russian political model is in the middle of transformation, Russia is not generating new interesting political, cultural or civilizational ideas or philosophies that could change the world as it did once. Russia will need to find other ways to appeal to other countries, to become attractive for them. Right now the only tool that Russia has is energy. But it is not a weak tool and Russia can do a lot with it, it can provide oil and gas, it can help with pipelines, it can organize some gas cartels – all that is possible. But it is still not enough for a country that wants to become a big player vis-à-vis Europe, USA and China.

Y.N.: Why do you think Europe did not become enthusiastic about the Russian initiative to creating new Euro-Atlantic security architecture?

A.R.: Because the West, the European Union and United States don’t think that Russia is important. They think that the European architecture should be built on two pillars – NATO and EU – plus the neighborhood policy. Russia is seen as a neighbor, the same neighbor as Belorus, Ukraine or Georgia, and is put in the same basket called “the Wider Europe”. It is a strategic neighbor but it is not taken seriously as an entity of its own. Right now in the West nobody wants Russia to become a pillar of the new European security.

Y.N.: These and other issues will be debated in one of the sections of the Yaroslavl Global Policy Forum that you are attending this year. What are your expectations from these debates? What do you plan to say and what would you like to hear from other participants?

A.R.: The clear message should be, of course, to continue to seek for Russian place in the world and especially in the European architecture. It is also important for outsiders to understand how Russia lives because we miss the full picture. The main message of the conference should be that we are together. This conference must help to overcome the barriers that exist. Both – Russia and Europe – don’t want the world to be created without them, and there is a danger that America and China will come together as G2 with Europe and Russia as junior partners. This is not in the interest of the European continent, so we have to stick together much closer than we have done it before.