Optimism for investors in Russian market 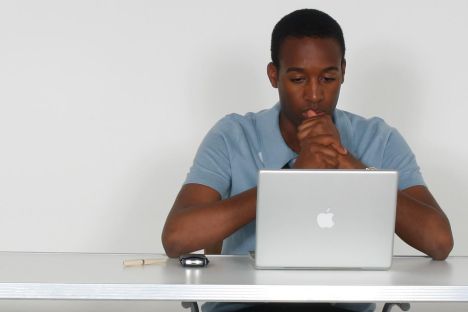 How does Russia compare to Africa as a place to invest? Jonny discusses the challenges and opportunities in an interview with Kester Kenn Klomegah of Buziness Africa.

Buziness Africa: What were your initial impressions about the economic changes before your arrival in Kazan, capital of Tatarstan. And how have these impressions have changed overtime when you began to explore the market in the autonomous republic of Tatarstan?

Jonathan Fianu: Before I arrived in Kazan, I had very little knowledge about the country. The two places I had heard about were Moscow and St. Petersburg. At the time most of my Russian friends were all from Moscow, and they painted a glowing picture of a changed Russia, one that was very far from the initial perceptions of many in the west. Despite these descriptions, I still imagined Russia as a harsh and cold country, with very little economic prospects and opportunities apart from oil and gas production.

After talking to my Russian friends for first-hand information, I decided that I would visit, mainly out of curiosity and should things run smoothly I would look at setting up our first overseas venture (a wifi project) and see where it would take me. In short, my initial impressions were based on a complete lack of exposure to the country, and understanding of the culture. Both of these factors hindered my initial interactions with Russia when I was operating my silicon brokerage (two years before). All the deals fell apart with our Russian suppliers, and now I understand explicitly why. Russia is not a place where you can operate remotely; you need to have exposure to the country and have firm hands in the business dealings over there.

Nearly three years on, my impressions have changed dramatically. I have written extensively about this for Russian supplements in the Daily Telegraph, New York Times and the Washington Post, as well as online at Russia Beyond the Headlines (rbth.ru). First, from an economic and business perspective, there are a lot more untapped business opportunities that have emerged after the Soviet collapse. Russia is often seen as one dimensional place that simply relies on oil and gas, but actually there are a number of growing sectors such as construction and there is growing middle class of business savvy, internationally minded businessmen and entrepreneurs who are working in different profitable sectors. Russia has become quite a welcoming country, particularly the republic of Tatarstan, due to its diversity within the region.

Arguably, business is still tricky to conduct in the region from an international point of view but the reasons are not as obvious as one may think, one major problem people typically associate with Russia is deep-seated corruption and in many places this continues to hinder business activities in the region. For me, this is not the main problem, the bigger problem is getting local managers and staff to work according to internationally acceptable standards. Many people are hungry for business but don’t have the experience or the business foundation to follow it through onto an international level. This leads to a stark contrast and disparity in expectations. However, business benefits are largely invisible in the country.

Overall my impressions are extremely positive but constantly laced with caution. From a business perspective, it has been a rollercoaster experience, and there is no shortcutting this learning period though, everyone who wants to operate in Russia will go through it. Perhaps, when the perceptions of Russia meet reality and the business maturity increases in the country this learning curve will be greatly reduced, but then so will the opportunities.

I think the biggest challenge is how the focus on foreign investment with attention on SMEs. In the UK, SMEs are the backbone of the economy, representing more than 60% but in Russia as extremely low (something like 15%). Russia understands the need to diversity its reliance on natural resources and the key is to transform itself into an innovation economy.

B.A.: Your brother helps companies to enter African market and you help companies to enter Russian market. Could please discuss how this business consultancy services working for you both? What specific problems do you face in the process?

J.F.: The African market is one of great interest to us. Africa is obviously an emerging market and given our exposure (previously lived in Ghana, Togo and Zimbabwe) many people wonder why I chose Russia as the location to start our overseas investment projects. The answer lies with two main factors that one considers when deciding to enter into a new location – foundation (aspects of setting up a company, legal provisions, etc) and progress (number of viable opportunities on the ground, risk factors etc). In both cases, Russia provides a more compelling fit for our investment strategy. That said, we have always retained ties in Africa. Our primary aim is to become more active in the region, as the pace of economic change is astounding. One of our investors is working for an investment firm in Kenya and he tells us regularly about the projects and progress in the region. For now, we have decided to observe first before we actively invest in the African region.

Our firm focuses on business consultancy efforts in Africa, and the main service we offer is brand representation with a focus on FMCG (fast moving consumer goods) to companies wishing to enter Africa. Essentially, we help companies navigate the African business environment and open up sales channels through retail and distribution partner introductions. The African market is both highly lucrative, in terms of revenues that can be generated, however there are problems. Aside from the risks of political and military disturbance, problems such as foreign currency shortages and regulatory approval cause serious delays to business transactions.

B.A.: In your practical expert view, what challenges still remain in doing business in Russian market? Say which policies are favorable for foreign investors and which are not? How healthy is the investment climate here?

J.F.: Well, there are still a lot of challenges to doing business in Russia, and I have talked about this extensively with various investors, colleagues, and through various publications. I would say one of the main challenges is a lack of understanding how foreign business works. I believe this stems from a lack of business oriented education (both in theory and in practice) - something that needs to be addressed in order to raise the business culture to standards obtainable in European countries and in the United States. Talking to potential business partners to understand international business practices can be painful and time consuming in Russia.

Another challenge is the problem of short-termism (excessive focus on short term results). People want things to be done immediately when in reality many tasks take years to realize the true result. An example of this was at the Kazan Venture Fair when the participants outlined that it generally takes around 10 years and 10 million to become a venture capitalist. The regional government wanted to know how they can fast track the process of creating a venture capital environment. Everyone on the panel said the process could not be fast tracked, and one member outlined that a solid SME community needs to be activated and engaged first. Now, no doubt this exuberance was shown to stimulate the conversation, but at an individual level it is very visible. We went into Russia thinking we could work with local partners financially as well as rely on them for managerial support. We have since abandoned this approach due to the number of failures in the process and the misalignment in original expectations.

That said, the Russian government has been actively working on improving the business environment. One very visible step has been the immigration registration. They have completely simplified the process which is an admirable achievement.

There are also a number of initiatives that are due to change such as the amount foreign investors can invest into strategic sectors without having to notify the government. I believe it is currently around 10-15% and they are looking to raise it to somewhere around 25%. This sort of news is great, but there are still some issues on the public procurement, for instance. The majority of public tenders can only go to Russian companies, and if these companies are foreign or have any foreign backing it is heavily scrutinized by the FSB (Russian Security Service).

In terms of how healthy the investment climate is at the moment, it is hard to pinpoint. Many investors from every corner, from Europe to the UAE are looking to help Russia to adopt a good, healthy investment climate across the country. Progress is being made but it could be a lot faster.

B.A.: Looking at Russia-Africa economic relations, for instance, trade has been extremely low compared to Asian counterparts. What do you think are the factors hindering expansion or invigorating this sphere? In what ways do you think this can be improved both in from the African side and Russian side?

J.F.: Well, information and awareness through the media are vital ingredients to business. From a western point of view, despite all the issues in the continent, it is viewed as an emerging market, but I am not too sure how Russians perceive Africa. On the ground, people do not know a lot about the African countries and this is part of the problem of awareness. In contrast, information about the Asian market is widely available and widely promoted. A number of Asian banks and a number of large Asian companies are based in Russia, and I think that African countries need to get into the game, and likewise Russia needs to follow China’s footsteps in actively engaging Africa.

Another factor is the practical risks in many African countries. Generally speaking, Russians turn to Europe, and though it's more expensive, it’s perceived as safer than Africa. Many African investment and business policies are favorable and, on the other hand, Africans are more interested in China after the United States and Europe. Resultantly, they don’t care much to know about new markets in the ex-Soviet republics. This makes entering the market on both sides quite tricky.

The existing situation can be improved in various ways, firstly effective reaction can be promoted among countries, between the federal governments and regional governments at business forums and frequently organized business expositions. The next thing is to form organizations on both sides whose remit is purely to advance African-Russian relations. There is also the need to form associations and organizations (both on state and non-governmental levels) to stimulate and actively engage in business dialogue. These organizations can compliment each other in playing this role. Our research has significantly shown that in order to actively stimulate dialogue (that lead to genuine investment and trade between countries) an online and offline wrapped around local government involvement can be useful, indeed.