Immigration challenges both Russia and the EU 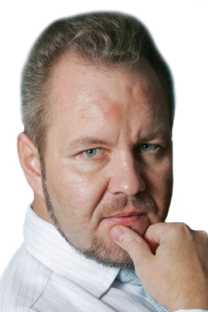 Can Russia and the EU find common ground on their approaches to immigration?

Increased migration is an integral part of today’s globalized world. In some cases, states encourage immigration – to increase a workforce or, as in the case of the Soviet Union and the EU, to encourage people of different backgrounds to feel part of a single economic and legal space. More often, however, immigration is a personal choice, made by people seeking to improve their lives or escape violence.

No matter the cause, the result is the emergence of increasingly diverse societies.

It’s no wonder that a whole series of problems arise. From an economic point of view, the problem is that many immigrants stay in their new countries illegally, which reduces tax revenues and increases corruption. From the social point of view, it gives rise to exclusive immigrant communities, with their own interpersonal connections and often contempt for local laws and traditions. From the political point of view, it adds ethnic and religious elements to social conflicts, often making them more intense and violent. All these factors combine to make society increasingly resentful of immigrants and different ethnic groups in general, as well as to increase the influence of nationalistic and extremists on society as a whole. The events on Manezh Square in Moscow in December 2010 and the mass killing of civilians in Norway in July 2011 belong to that category. Unfortunately, neither Europe nor Russia has a clearly defined policy on the responsibilities of immigrants towards their new homeland or on the behavior of native inhabitants towards them.

Despite these similarities, Russia and the EU face substantially different challenges regarding immigrants and immigration. In Russia, as a rule, immigrants return to their countries after working for some time because the prospects for obtaining Russian citizenship are very uncertain, social benefits are virtually non-existent, the legal status of an immigrant is only partly regulated, and law enforcement bodies frequently resort to illegal actions in their interactions with immigrants. In the EU, in contrast, immigrants seek to put down roots in the new country, reunite with families and draw on state support. Many immigrants to the EU live in areas with others from their home country or others that share their faith and do not fully embrace the traditions and customs of their new country. As a result, serious social tension is more pronounced in the EU than in Russia. Another reason for this is that Russia and the countries of the former Soviet Union for decades developed as a multinational country, while in the EU, massive immigration from outside Europe is a fairly recent phenomenon.

Both Russia and the united Europe have to look for new ways to address the immigration problem. A problem that is compounded by the fact that both Russia and Europe have traditionally demonstrated prejudice against regions with predominantly Muslim populations (the republics of the North Caucasus, Bosnia and Herzegovina, Albania). The problem of creating stable multi-ethnic societies in both Russia and Europe is not, therefore, just a matter of immigration-related challenges. Both Russia and the European Union will have to work hard to overcome national prejudices, and this can only be done through a reasonable combination of a fair balance of the rights and duties of citizens and residents and consistent promotion of the ideas of a secular state and a single civil nation.

Vladislav Inozemtsev, D. Sc. (Economics), is the director of the Center for Post-Industrial Researchers and head of the Managing Directorate of the Yaroslavl Global Policy Forum.