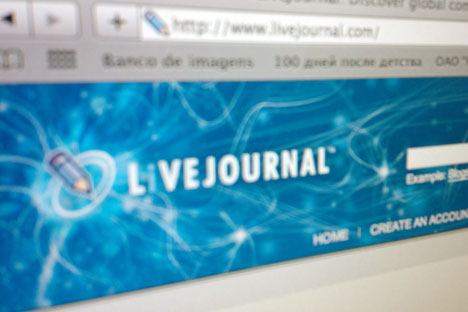 What is happening to LiveJournal (Zhivoi Zhurnal) has important implications for the Russian public, because the most active part of the public lives at LiveJournal.com.

It is one of the main oases of independence and a virtually unrivaled place for public debate. In the last five months, livejournal.com has been attacked by hackers twice – the previous time in early April – and it seems like the recent second long period of paralysis has already prompted many well-known bloggers to look for a home elsewhere. This is a signal to all the others that the blogosphere is a very sensitive and vital space.

It is also a very Russian kind of space, with deep roots in Russian tradition: In LiveJournal, all the important public activities are concentrated in a single place, like they were in people’s kitchens during the Soviet era. This is something that has surprised many international students of new media. In the West, bloggers post their deep thoughts on platforms such as blogspot.com or wordpress.com, while social networks such as Facebook or Odnoklassniki (Russia’s equivalent of Facebook) are for chatting, joking and posting pictures of their pets. In Russia, these two activities have been combined to create a unique community of writers, readers, photographers, designers, musicians, public activists and just inquisitive people who like to talk and argue.

Harvard University’s Berkman Center for Internet and Society has carried out a study of public discourse in the Russian blogosphere, looking at the practices of the 11,000 most active and regularly renewed blogs in the Russian-language part of the World Wide Web. The authors point out that Russian bloggers prefer to work on a platform that combines traditional blogs and social networks.

LiveJournal.com, which has 30 million virtual diaries, is just such a platform, hosting stormy social and political discussions the likes of which parliament and the official media have not seen for years.

Another feature noted in the Harvard study is that the Russian blogosphere does not have an active “support group” among the authorities. Support comes only from paid PR. This does not prevent users from telling the truth and coordinating actions, citing documents and sources from the Internet. “The Russian language blogosphere is used not only to discuss politics and criticize the government but also to mobilize political and social activity,” the study concludes.

The Russian blogosphere is not fully protected from control from the top, but it does enjoy considerable freedom. At present, Russia is ahead of China, Iran and many Middle East countries in terms of freedom of expression on the Internet. When Freedom House rated the Russian Internet as “partly free” in April this year, many bloggers protested, claiming that their Internet is very free. The hacker attacks on LiveJournal are an attempt to make the Runet fit the description the Americans have already given it.

It may be that a living blogosphere is seen as a growing problem for political movers and shakers. Virtually all significant public campaigns in recent years – against corruption, against unauthorized use of blue lights on cars, for the release of jailed businessmen – have used social media. According to the Public Opinion Foundatin (FOM) the daily Internet audience in Russia is approaching 40 million people. Given such figures and the approaching elections, there is a growing temptation to control the medium. But even if one platform is sunk, the whole environment will not disappear. The public environment of the Russian-speaking part of the net has been formed and can only benefit from diversification of platforms.