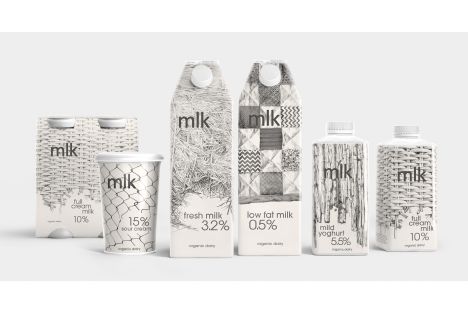 Project for Mlk prepared by depotwpf

Alexei Andreev and Alexei Fadeev took a chance starting a business in the nacent branding industry in 1998, but international recognition shows their risk has paid off.

Thirteen years ago, the entire workforce of the Depot WPF branding agency consisted of just two people, and their work was unknown even in the advertising world. But now Depot’s founders claim that at least half of all the Russian brands we know today have profited from their drawing board and their client list features major international companies such as Xerox and Nestle.

What is the secret for launching a successful enterprise? Part of it is timing. In Europe and the United States, branded products and agencies dealing with branding started to appear more than 100 years ago, but in Russia the concept only arose with the arrival of branded products into the marketplace after 1991. In 1998, in spite of an economic crisis and a lack of funds and experience, two young entrepreneurs with the acoustically compatible surnames of Fadeev and Andreev decided to turn these inauspicious circumstances to their advantage.

“We had a difficult task on our hands. When we started, the concept of a brand didn’t exist – there were companies that dealt with everything, from business cards to TV commercials. So we decided to concentrate on something specific and to start with we chose packaging,” said Depot’s creative director, Alexei Fadeev.

“Of course this decision was influenced by the fact that in our own way we were quite savvy. There was no way we could have become the number one advertising agency according to conventional criteria, but we didn’t want to be number 101, so we had to create a new niche,” added Alexei Andreev.

Their first client was the company Russkiy Product, which needed to rebrand its “Bodrost’” tea. It was a difficult task: The product had to meet state standards, and this put a limitation on the ingredients that could be used in the tea, and also on the way the packaging looked; there was no way of registering the product name, even though the tea was widely distributed. And the agency had to transform the packaging so the product would look fresh and exciting, but could still be recognized by consumers. In the end, Depot’s designers preserved the traditional script in which the product’s name was written, put it in an oval and improved the color scheme.

Andreev and Fadeev say that by their second month of operation, they had a constant flow of work, and this workload has brought the company more than commercial success.  The firm has won two  Cannes Lions – the most prestigious award for advertising. Lions are awarded for creativity in both design and execution. The second Lion is making its way from France to Russia – the company won its second Lion in this year’s festival for its work on the MLK brand, which sells organic dairy products. The design, which includes birch groves, grassy meadows and traditional wickerwork, was rendered in black and white pencil drawings.

Fadeev and Andreev are also two-time winners at the Epica Awards in Europe.

“In our industry, a Cannes Lion is proof of your professionalism. It takes a massive amount of work to win at this festival. It’s not enough just to think up a certain brand; the jury needs to know about the brand prior to the competition. It needs to have been recognized at a number of European festivals, like the Epica Awards, for example. And it also needs to be promoted,” said Andreev.

“It’s a labor-intensive process. As well as [working for] the competition, we are working for the real market, so it’s very difficult to do work that is worthy of a festival prize. Our work is geared towards the mass consumer market. And so no matter how creative we are, there is inevitably some degree of generalization. So it’s great to find a client who is prepared to work with us towards the goal of a festival prize. We will literally track these people down. And when we find them, we suggest they try their luck at the festival,” said Andreev.

“When we see that a client has ambition and a niche product, we offer them the chance to do something a bit different. The client benefits, and we are able go to the festival with their work. This is the only way to do it,” added Fadeev.