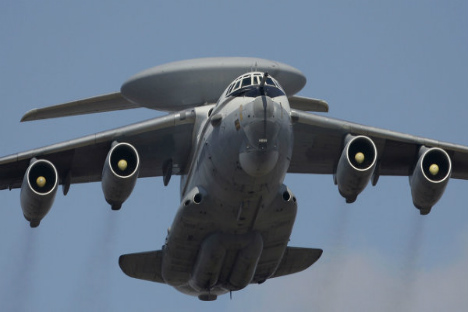 “We are expecting to receive the A-100 aircraft built on the basis of the Il-476 transport plane with the PS-90 engine and extended flight range,” Zelin told reporters in Moscow.

The new AWACS plane will have an advanced active phase array capable of detecting and tracking airborne and land-based targets.

The Russian Air Force has around 20 A-50 Mainstay AWACS planes, based on the Ilyushin Il-76 transport.

The A-50 is equipped with the large Liana surveillance radar with its antenna in an over-fuselage rotodome and can control up to ten fighter aircraft for either air-to-air intercept or air-to-ground attack missions.

India has acquired three A-50 AWACS fitted with Israeli Phalcon radar under a trilateral deal with Russia and Israel.

It is expected that the third aircraft will be delivered by the end of the year and could acquire two more aircraft in addition to the initial deal signed in 2004.