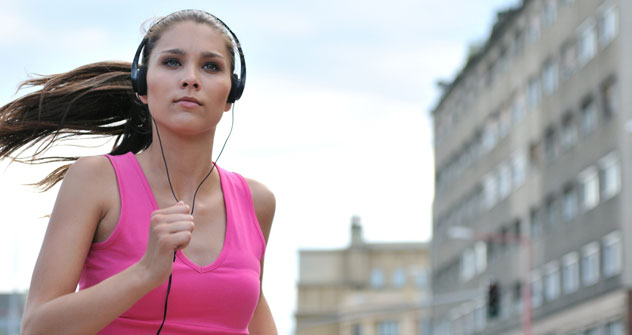 A recent survey ranked India as the fourth most dangerous place for women. When I read it, my mind raced back to a train ride in Russia two years ago. In June 2009, I found myself in a tough spot. On one of the trains on my Trans-Siberian journey, a drunk decided to get rather friendly.

I kept my distance but when he got threatening, I got up and went to the attendant. I had another 30 hours on the train and this man now had either collapsed on my berth or decided to fall asleep on it.

“Can I get another seat?” I asked the attendant.

“When does this fellow get off? If you can give me new linen, I can go back when he leaves and till then I can sit elsewhere.”

“He gets off at Vladivostok with you.”

“Is there anything else I can do?”

She suggested I could sign a complaint against the man and the police at the nearest station (6 hours out) would take him away for inappropriate behavior. “All you have to do is get another person to sign with you.”

“Alright.” But then I hesitated. “Devushka, I am a foreigner. Can I still sign?”

She seemed not to understand my question. What I was asking was that as a foreigner, did I have the right to have a citizen of my host country taken off the train? She told me that I did.

The rest of my journey was peaceful. But this incident gave me a lot to think about. I don’t have the statistics and don’t know if this was the norm or an isolated gesture. Regardless, I couldn’t help draw parallels to the situations in India and what we could do to get as good as Russia in the matters of safety for women and how we respond to it.

Some of the things that floored me:

• I was surprised – shocked, even – that no one said anything about what I was wearing, or what I might have said or done to ‘provoke’ inappropriate behaviour. These questions, which are the first ones to be unleashed at anyone reporting harassment in India, never came up in Russia. I loved that! The attendant (and subsequently the police) respected my right to complain to protect myself and my seat, and they trusted that I had a reason to do what I was doing. I’m sure the second signature serves as a deterrent to those who might be lying – and once it had been obtained, there were no questions

• Let me tell you why I felt compelled to ask the attendant if I, as a foreigner, could file such a complaint in Russia. It’s because I, as an Indian, don’t feel that I have that right in my own country. Now before a lawyer starts quoting the Indian Constitution that might indeed guarantee me this right, let me highlight the word ‘feel’ i.e. this is about perception vs. reality. And in that battle, perception always wins. Therefore, it isn’t good enough to have such a law, it’s equally important to let people know that such a law exists and that it will come to their aid if they were in trouble – no questions asked!

That's precisely the perception battle India has lost in the June 2011 TrustLaw survey, where India was named as the 4th most dangerous country for women behind Afghanistan, Congo, and Pakistan. So what can we do?

Here are some things we can learn from Russia:

• The XX Factor: Let’s face it that when in need, it doesn’t matter if the President of India is a woman, how many female MPs we have or what kind of reports the National Commission for Women has been publishing. What matters is that there is a friendly and sensitive person to understand our complaint and take it seriously. Much like that female attendant, there should be more women police officers and women should be appointed in places where incidents of sexual harassment have been known to happen e.g. trains especially in Bihar and North East, college campuses, and police stations

• Revamping the laws: Russia is in the midst of debating chemical castration for pedophiles, and we in India are stuck in the Victorian definition of rape as outraging a woman’s modesty and a finger-test done to prove it. This feminist men vs. women idea underlying such laws and definitions does more damage than good. Sexual assault needs to be recognised as a crime regardless of which gender is affected by it. I’m a big believer in the power of the civil society and media to prod the government into action, so let’s start small and move up to include male sexual assault and finally laws like the one Russia is considering.

• Positive Diplomacy: One of the incidents that threatened to shadow India-Russia relations in 2010 was the rape of a nine-year-old Russian girl in Goa when Indian authorities responded by blaming bikinis. It was not the first time a foreigner was raped in India. There aren’t too many instances of this happening, but in the past a Swiss diplomat, some Australian and British tourists have been raped in this country.

Indian women NGOs can reach out to embassies and consulates of countries (like Russia) that contribute most to Indian tourism to put pressure on the Indian government and law enforcement forces to pay attention and do the obvious. India has always been protective of its image abroad and this kind of pressure will lead to the quick results, even for Indian women.

This isn’t to say Russia is perfect. Russian women have their own problems like domestic violence and excessive financial burden that comes when husbands die early because of chronic alcoholism. But before India can become as good as Sweden and other Scandinavian countries that rank on the top of the TrustLaw perception index, India has to become at least as good as Russia.