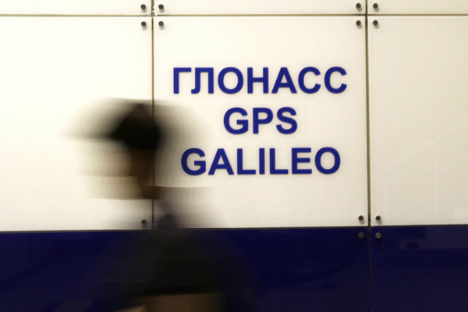 Glonass, along with European space program Galileo and China’s Compass, are set to break more than 20 years of unrivalled dominance by GPS, or the Global Positioning System, as countries seek to cut reliance on the U.S. technology.

“It is possible that already by the end of next year most Nokia cell phones will be equipped with chipsets supporting both Glonass and GPS, and we hope other vendors will follow,” NIS Glonass CEO Alexander Gurko said in an interview.

He said a dozen global chipmakers, including Qualcomm, Broadcom and STMicroelectronics, are already developing Glonass/GPS chipsets, leading to greater penetration of the technology in consumer markets.

Gurko said Glonass aimed to supplement GPS in cell phones and car navigation systems, rather than replace the U.S. technology, which is the only fully operational global positioning system in the world. “We are not competing with GPS as we offer dual-technology devices,” he said. “We are rather competing for the second place, as Galileo and Compass will enter the market in the coming years. This is why we have to expand outside Russia within the next three to four years.

“The competition is unfolding for big markets such as India, in first place, and Latin America,” Gurko said, adding that NIS Glonass has already launched pilot projects in Egypt, Qatar, Venezuela and Cuba.

The Galileo project will put 24 satellites into orbit, with the first being operational in 2014, while Compass’s grouping of 35 satellites will offer global navigation by 2020.

“Clearly, once they have partly formed the grouping, they will start to promote their technologies, and this is where the Chinese are in a better position than us and the Europeans because they have a huge domestic market, a developed microelectronics industry and a worldwide supply chain,” Gurko said. “It is difficult for them to develop the satellite grouping itself as they lack technologies, competencies, but once they overcome this barrier, promotion of Compass-enabled products will be very active.”

The government has spent 140 billion rubles ($5 billion) on Glonass since 2002. The next program through 2020 is due to be approved by the end of August.

NIS Glonass is a joint venture between state company Russian Space Systems and the conglomerate Sistema.