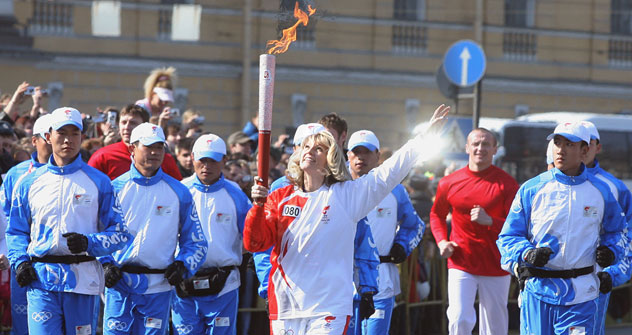 Russia’s ambition to become a sports destination does not stop at the Sochi Olympic Games. Both before and after the 2014 Winter Olympics, the country will host sporting events that will boost its international prestige – and require staggering investment.

The Sochi Winter Olympics will take place in 2014, followed in 2015 by the World Swimming Championship in Kazan (which is also hosting the 2013 world summer Student Games). In 2016, the country will host the World Ice Hockey Championship and, two years later, the football World Cup. By moving four major international tournaments eastward over a four-year period, Russia is, in a way, rewriting world geopolitics.

But just as significantly, the events require Russia to undergo a major infrastructure upgrade. Huge amounts of money are being invested under public-private partnership schemes, and the bulk of the investments will be used to develop infrastructure rather than to build sports facilities. Strategic projects such as ports, roads, tourist routes and railways are being developed on the assumption that sporting events will ensure sustained economic growth in the country.

Not until after the 2018 World Cup will Russians be able to review the results of the work that is starting with the preparations for the Sochi Olympics. These two key events will cost about $37 billion, a veritable mountain of cash, most of which Russia has already raised. According to Dmitry Chernyshenko, head of the Sochi Organizing Committee, the 2014 Olympics have already raised a record $962 million. Vitaly Mutko, Russian minister of sports says the World Cup will cost $23 billion. In that case, more than a third of the resources will be used to build express highways and ordinary, not sports facilities.

Thanks to sponsorship by business tycoons, the country is in no danger of a financial backlash that might undermine the state budget as happened in Greece, where the cost of hosting the Olympic Games in Athens constituted the first step toward default. The government’s plan for preparing for the Winter Olympics on the Black Sea coast calls for $14 billion in investment; Two-thirds will be put up by the state and the rest by private investors. Gazprom alone will invest $185 million in the Russian Olympic team. Another $53 million will be needed for the construction of roads and railways and yet more money will need to be raised to build a new airport.

To prepare for all these events simultaneously is a real challenge, especially given widespread doubts in Russia’s ability to follow through on its plans.  But the country intends to use these events to put it on the map in the world of sports and to build from there. St. Petersburg is planning to bid for the 2024 Olympic Games. Marat Bariyev, the head of the Russian Olympic Committee Marat Bariyev has said that he already has the President Dmitry Medvedev’s support in the battle for the 2024 Olympics. How Russia manages the events between 2014 and 2018 may be a significant factor for in assessing the northern capital's chances.