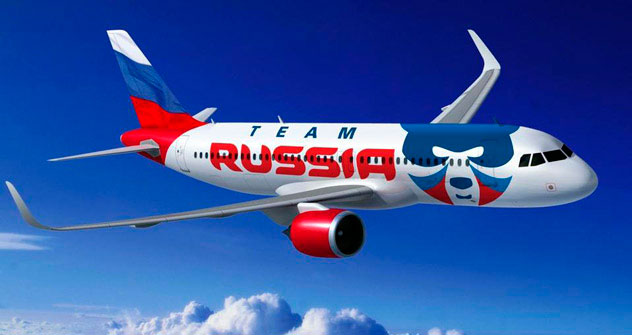 At the Moscow Olympic Games in 1980, the Soviet mascot, the bear, was a national darling. Now the Russian Olympic Committee is reinventing the bear for 2014 – but some find it less than loveable.

At the closing of the 1980 Moscow Olympics, thousands of spectators had tears in their eyes as they sang along with the unofficial anthem of the games, “Goodbye, our Gentle Bear.” To this doleful tune, the beloved Olympic mascot was lifted into the Moscow sky by a bunch of balloons.

Twenty-one years later, the Olympic bear is back, although the intervening years have left their mark on the character and appearance of the legendary symbol. The bear has become more aggressive, determined and has acquired business acumen. According to the Russian Olympic Committee’s plans, today the Team Russia brand has more to do than unite athletes and fans – it must also make money for the Olympic budget.

Casting the role of the new Team Russia mascot did not take long. In late July, President Dmitry Medvedev announced that the country needed a new set of sports symbols with a universal appeal. “If it turns out well, our performance will be different,” the president said. As a result, in just over a month, the Mildberry Sports Lab branding agency came up with a “new old” face of Russian sport. The designers decided that, rather than invent new brands, they would invest existing ones with new meaning, the agency’s managing partner Oleg Beriev told Vedomosti.

Beriev argues that most Russians recognize the bear as a national symbol. Yet some wonder if the meaning the designers put into the new logo is the best one for a national symbol. “The image would be natural for a rugby or boxing team, the clear message being, ‘we are Russia and should be taken seriously,’” said Alexey Andreev, co-president of the Association of Russian Branding Companies. “In any event, we have got a brutal symbol, whereas in the modern world strong nations tend to be ironic about themselves.”

“There is nothing wrong with the bear itself but one wonders if the idea has been implemented well,” said Della Bezelyanskaya, Director of the Chorus art center. “One gets the feeling that the authors were under pressure to come up with something new and startling and that this pressure produced something artificial. The American Team USA project was far less ambitious and therefore more authentic.”

Sports fans express the same mixed feelings as the experts. “I would wear such a bear cub, only without the words Team Russia and the ubiquitous tricolor, every day,” said Anna, 20, as she left Moscow’s Luzhniki Stadium after watching a football match. Her boyfriend, Oleg, disagreed, arguing that the patriotic colors should be left in: “These aren’t clothes for the street or the gym; it is the battle colors for a stadium – to scream and shout and get crazy.”

Right now, the Team Russia brand is known to just a few specialists but in September, the bear will start its triumphant march across the country with a massive advertising campaign sponsored by the Olympic Committee. The face of the bear (who has yet to be named) will stare out from TV screens and billboards, invade the Internet and even crowd out the official logos on the uniforms of Olympic athletes. The aggressive bear will also hover over popular sports festivals, such as “Running Day” and the Moscow International Street Basketball festival.

So far, developing the brand has cost $170,000, with the estimated advertising costs at $5 million. The figures are very tentative, as the final cost will depend on the scale of the project. The Olympic organizers are sure that the brand is worth the money, and that very soon the aggressive bruin will be bringing money into the government coffers.

“Such brands are already working in many countries: Team USA in America, Ital Team in Italy and GB Team in Britain. These brands cost a staggering amount of money and advertisers cooperate with them actively,” said Fyodor Shcherbakov, Managing Director of the Professional Sports organization, which is responsible for raising money for the Russian Olympic Committee.

Shcherbakov predicts that if Russia’s professional sports federations join in promoting the Team Russia brand in 2011-2012, as much as $1 billion could be raised. So far, his agency has signed contracts only with the Russian Alpine-Ski and Snowboard Federation and the Golf Federation, but before the end of the summer, they hope to reach agreements with 10 more sports associations.

The bear started appearing as a symbol of Russia in the 17th century when the Romanov dynasty began the country’s expansion eastward. Although bears were commonly found in many of the new territories (including the Ural Mountains and Siberia), the presence of the animals was not actually the main reason they came to represent Russia. In fact, neither the nobility, nor common citizens felt that the bear represented the Slavic soul in any way.

Rather, promotion of the bear as a symbol of Russia came, oddly enough, from Great Britain. As Russia expanded, British newspapers satirized its imperial hunger using the bear as a metaphor. As the same time, the British preferred to symbolize their own imperial ambitions with the much more “civilized” lion, as opposed to the unpredictable and lazy bear.

In Russia, tamed bears became popular attractions at parties in the highest circles, sometimes being forced to drink alcohol. A part of that tradition lives on today in circuses that train bears to perform stunts.

The Olympic Bear Misha, who became the symbol of the Moscow Games in 1980, was far from a prowling symbol of imperalism. In creating Misha, illustrator Victor Chizhikov was tasked with showing the “friendly face” of the Soviet bear. He ended up doing much more: Chizhikov created the first major sports mascot of the Soviet Union. During the Games, the cartoon was also accompanied by a live bear, Katya, who became famous throughout the world. Afterwards, she moved to the St. Petersburg circus and acted in several movies.

The bear continues to hold a special place in Russia to this day. The Mildberry Agency, which was hired by the government to develop and emblem for Team Russia, recently announced the winner: a bear! The agency heeded the words of President Dmitry Medvedev (whose surname means bear), who argued: “It is crucial to find some image that is shared by most Russians.” The designers “decided that it would be better to avoid inventing new characters and focus instead on existing ones, filling them with new meaning.”