Edward Luttwak: Heterogeneity is an advantage for democracy, up to a point 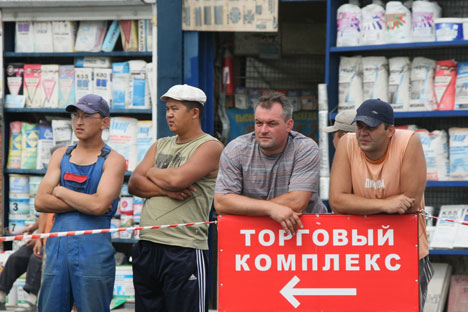 Is multiculturalism a positive force in today’s world? Does diversity encourage extremist ideologies or work agains them? These are among the questions to be discussed at this year’s Yaroslavl Global Policy Forum. Yulia Netesova discussed these questions with forum participant Edward Luttwak, an American military strategist and historian and senior associate at the Center for Strategic and International Studies.

What is the correlation between ethnic homogeneity and democracy?

It is not simple. In creating the U.S. the Founding Fathers specifically identified diversity as a great advantage. Everybody spoke English but some colonies were slaveholders and others colonies vehemently anti-slavery; some were Catholic like Maryland, some were puritans like Massachusetts, some were Quaker pacifists like in Pennsylvania. The Founding Fathers said that without this diversity, any democracy would be crashed by unidirectional thinking.

Heterogeneity is an advantage for democracy, but only up to a point. Of course, none of the colonies had an ideology that was destructive to the others; there was nothing like Nazism, Bolshevism or radical Islam. Today you are not dealing with ethnic diversity, but ideologies that are destructive in themselves, and they are destructive whether they are held by homogeneous people with the same language or nationality or different ones. Ethnic diversity in itself favors democracy because reduces the tyranny of conformity.

How would you explain the tragic events in Norway, where a Christian fundamentalist shot almost 80 people in order to attract attention to his book, in which he calls for the end of multiculturalism and migration from Muslim countries?

A substantial proportion of Muslims in Europe refuse to integrate and instead demand that Europeans accept Islamic customs and dress. They are increasingly demanding the application of Sharia law. Naturally, this transformation from immigration to cultural invasion is evoking strong responses.

Are these issues of ethnic tension and dangerous ideologies important for Russia?

I am not an expert in Russia, but I notice that Russia is full of nationalities and that historically most of them have gotten along without violence. Actually considering that there are so many nationalities, I think that there is very little ethnic friction. And I think that one of the talents of the Russian people is actually to be quite tolerant of different ethnic groups.

If I can be nostalgic for one point, there is one single piece of the old Soviet Union that should be looked at again. It was positive support of ethnic identities through the cultural houses, jobs, places for people who taught languages and folklore of the different ethnic groups. This piece of the Soviet Union should be revived I think.

I don’t see friction between different groups of population based on nationality or religion. I see it as a problem of dangerous ideologies. [Radical] Islamist ideology is a militant and violent ideology that is dangerous and it would be dangerous even if all people were ethnic Russians.

How can multicultural diversity be turned into a positive force?

We have two examples of multicultural diversity as a super-positive force. The largest example is the U.S., where the concept of the finding a career based on individual talents is especially powerful. You have immigrant groups, new groups, marginal groups, groups that were unimportant, underprivileged or even suppressed that are generating people who want take a kind of revenge on history, and they do it not by violence, not by attacking people but by working, inventing, creating and so on.

The smaller example is, of course, Israel. Israel is a rapidly growing advancing high-tech society where they invent new things every day and a lot of it comes from the diversity. The diverse religious and cultural groups don’t compete by shooting each other, they compete somewhat politically, but they also compete in creating, advancing, inventing and working. So, yes, cultural diversity is definitely a powerful proponent of growth and invention. In fact today’s analysis of Japan by the Japanese themselves is that Japan is suffering from an excess of homogeneity.

These and other issues will be debated in one of the sections of the Yaroslavl Global Policy Forum that you are attending this year. What are your expectations from these debates? What do you plan to say and what would you like to hear from other participants?

I just told you what I am planning to say. As for what I would like to hear from other participants, I am actually interested in empirical information on specific topics like what is happening in Russia in terms of different nationalities, which problems and solutions exist, I want to hear about good things and bad things. I am interested in a reaction to my proposal to revive this specific aspect of the old Soviet Union that is the active support of the national and cultural preservation through subsidies for the cultural expression. This is especially important for the small ethnic groups that have few people and less money for these purposes.