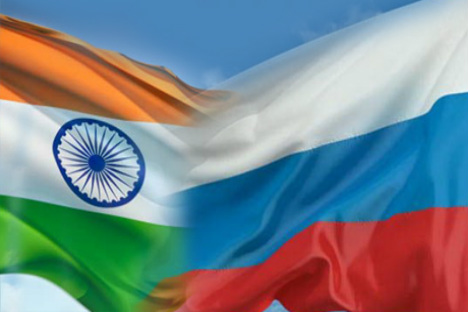 The 1971 India-Russia Friendship Treaty may have been replaced by its more contemporary versions, but the historic pact will ensure there are more ups than downs in the unique India-Russia partnership.

Looking back at the history of India’s relations with one of its closest and most powerful friends in the 20th century, one would have thought a ‘third-world’ colony and an imperial coloniser made unlikely friends. Indeed, it wasn’t possible till the greatest social experiment turned the Tsarist Russia into the Union of Soviet Social Republics. Suddenly, an imperial power was withdrawing its borders and standing up for the rights of its most downtrodden masses. Pre-independence India had not only found a friend, but a role-model too. The desire for a free and equal India drove the Indian National Congress’s agenda, and leaders like Jawaharlal Nehru, who will become independent India’s first prime minister, invoked the ideals and principles of communism.

After 1947, while on the one-hand India was quick to adopt the Soviet-style planned economy and the pyatiletka (five year plans), it was also careful not to end up on the ‘wrong’ side of the Cold War. But who could tell which was the right side? Instead of gambling on its future, India roped in Egypt and Yugoslavia and went the non-aligned way…

But the 1971 Bangladesh liberation war saw a radical shift in India’s strategy and compelled it to seek an alliance-like partnership with the USSR. In that fateful year, Pakistan had strong allies in the United States and China, who also extended their military support to Islamabad. Cornered in the subcontinent, India was in a fix, trying to navigate its way out of a humiliating situation. Indira Gandhi, India’s first woman prime minister, however, managed to turn the situation around by what is now seen as a masterstroke and a shining moment in India’s foreign policy. She discussed the threat of the U.S. domination in the region that would follow Pakistan’s victory, and got the much needed USSR backing by signing the Indo-Soviet Treaty of Friendship and Co-operation. Through this brilliant strategic sleight of hand, some would say India had its cake (did not join the Warsaw Pact) and ate it too (got Soviet military aid).

As expected, tensions escalated and soon the Pakistani military effort collapsed. Seeing this, the USA deployed the USS Enterprise, a nuclear-powered aircraft carrier into the Bay of Bengal. Amidst the nail-biting tension, much like a super-hero in the climactic scene of an action flick, the Soviet Union sent two groups of ships armed with nuclear missiles. We were on the brink of the Third World War and a nuclear catastrophe. Luckily, sensible heads in Moscow and Washington wanted otherwise. Within three days of the second navy dispatch from the USSR, the war ended: Bangladesh had won its freedom, and India a historic victory.

Without doubt, signing the Friendship Treaty on August 9, 1971 proved to be critical in turning the tide in India’s favour. But the treaty went much beyond a military agreement. For the first time, India and the USSR had ‘formalised’ their friendship and established a treaty that would carry it forward. It would no longer depend on the personalities or preferences of the two countries’ leaders and diplomats; instead institutions were set up to nurture and sustain this vital partnership.

The treaty opened various other doors for each party. India became a part of Soviet space exploration projects, and the USSR, where Hollywood movies and the English language itself were taboo, found a way to entertain itself through Bollywood.

40 years later, it’s a different world, and bilateral relations with India and Russia have acquired a new hue. With the disintegration of the USSR in 1991, Russia too – much like India in its non-aligned days – had to find its feet on the ground. No longer bound by its communist ideology, Russia tried to get closer to the West and was keen to join US-led NATO, arch-rival of the Soviet Warsaw Pact. In fact, in 1993, responding to American pressure, Russia reneged on its commitments to supply cryogenic rocket engines to India. Relations hit an all-time low.

However, over time both countries have realized that avoiding confrontation or promoting friendship with a third country cannot be the guiding factor in Indo-Russian relations. Despite increasing international competition, India still depends on Soviet Union for nearly 70 percent of its military hardware, showing the unique trust between the two countries. Although the 1971 pact has been now replaced by contemporary versions of the India-Russia strategic partnership, the two countries continue to work closely on various issues, ranging from fighting terrorism and drug-trafficking to advancing trade and economic development.

Here’s wishing us another fantastic 40 years of cooperation ahead, and this time with more ups than downs!