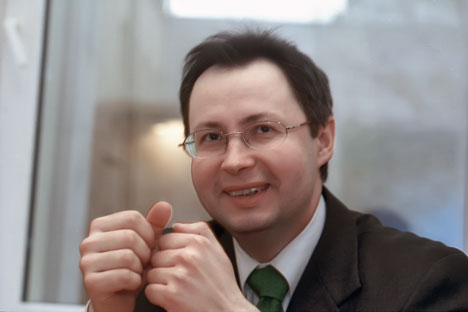 There has been a lot of talk recently about growing competition on India’s arms market, which is crucial for Russia. In Soviet times, Russia supplied some 75-80 per cent of the weapons for India’s Army, Air Force and Navy but now, as India matures financially, it is opting increasingly for more expensive western armaments. Back in the 1980s, German and French supplies brought India submarines and Mirage 2000 fighters and, in 1990, Israel broke in, making India one of its biggest sales markets, along with the US. Finally, the last ten years have seen a significant boost to Indian-US military and technical ties, with US’s sales of military transport and antisubmarine aircraft nearing $10 billion.

In this situation, the best way for Russia to retain its position in India is to revise the trade paradigm of military and technical cooperation, shifting the focus to joint projects based on risk-sharing partnership, whereby the parties invest jointly in creation, production and promotion of products. Today, Russia and India have two joint defence projects, including the BrahMos programme for designing, producing and marketing supersonic stealth cruise missiles, and a project for building the MTA multirole medium transport aircraft. During Russian President Medvedev’s visit to India in December 2010, a contract was also signed to design India’s version of the Fifth Generation Fighter Aircraft (FGFA), which potentially means yet another joint undertaking.

While the МТА programme has not yet shown any impressive progress, the BrahMos project can be seen as the ‘gold standard’ for joint military manufacturing programmes, effectively combining such factors as commercial profit for Russian and Indian partners, a tangible improvement in the combat ability of the Indian Army, Navy and Air Force, and development of new technologies, which is particularly important for India. Perhaps the project’s most valuable result is the accumulated experience of resolving difficult legislative, organisational and financial problems. In the future, this experience will be used for new joint programmes, including for the FGFA project.

What makes this programme so unique is that India is, in fact, buying one of its first standardised weapons systems that can be deployed by all three armed services - the Army, the Navy and the Air Force.

The Indian Navy was the first customer for the BrahMos missile, which can be carried by a wide range of naval platforms, including most existing and future surface ships. The first ships to be equipped with BrahMos were Project 61ME (Kashin-Mod class) destroyers. Two of them, the Ranvir and the Ranvijay, will also be fitted with 8-missile vertical launch systems. Other ships that will carry BrahMos include three Project 15A (Kolkata class) destroyers, which are currently under construction in India, the future Project 15B destroyers, future Project 17A frigates, and three Project 11356M (Talwar class Batch 2) frigates now being built for India at the Yantar Shipyards in Kaliningrad. The future Talwar class Batch 3 frigates will also be equipped with the new missile, irrespective of where they are built, be it Russia or India.

In addition to surface ships, the Indian Navy plans to deploy BrahMos on submarines and, possibly, on land-based patrol aircraft. The suitable airborne carriers include the Russian Il-38SD ASW aircraft and, in a few years' time, the Boeing P-8I Poseidon ASW, which India has already ordered from the United States. It seems that the Indian Navy wants to make BrahMos its core weapon. The new missile’s long range (up to 280 km), high speed and powerful warhead will give Indian fighters not just a military advantage but absolute dominance over Pakistan’s ship groups, also creating a significant deterrent to China’s fast-growing navy.

Another major customer is India’s land forces, which are buying BrahMos missiles in the mobile land-based configuration. These will be used not only against ships but also as high-precision weapons against land targets, such as command posts and key military, public and economic infrastructure facilities (the Block II LACM version). The Indian Army ordered 134 mobile anti-ship land-based BrahMos Block I missiles in 2006-2009 and another 240 land-attack BrahMos Block II in 2010, to a total of about 3 billion US dollars.

Finally, the Indian Air Force is awaiting completion of research and development for an air-launched version of BrahMos, to be deployed primarily on Su-30 MKI fighters, with first deliveries expected in 2012. The Indian Air Force also plans to buy the BrahMos Block II version, which is designed to engage land targets. Currently, the Sukhoi Design Bureau is carrying out research and development to deploy the air-launched version of the missile on the Su-30 MKI. This will apparently become the focus for modernising the Su-30 MKI under the Super 30 programme. Indeed, the aircraft was designed in the early 1990s and is not due for an upgrade: an active phased array radar will be installed, along with BrahMos missiles.

All this is also of interest to Russian customers. Currently, BrahMos missiles and their Russian analogue, the Yakhont, are arguably the most powerful non-nuclear anti-ship weapons deployed in Russia and India and the Su-30 MKI is the only suitable carrier. The Russian Air Force plans, therefore, to order 28 Su-30 SM fighters, which will be technically similar to the Indian version, the only difference being that the Israeli and some French systems will be replaced by Russian ones. Russia’s Navy is also considering the possibility of buying 12 such aircraft for its own purposes.

In this respect, acquisition of BrahMos missiles would come in very handy. And it is not about Russian-made Yakhont missiles, but about BrahMos. From a military and technical perspective, this would mean acquisition by the Russian armed forces of the hugely effective Su-30 SM-BrahMos system, which would revolutionise the alliance of forces, for example, in the Black Sea region. And politically, it would underline the joint nature of the project. The Indians are extremely concerned about any symbols of their industrial and technological progress and acquisition by Russia of Indian products would be very much appreciated in a country that pays billions of dollars for Russian weapons every year.

Strange as it might seem, the success of the BrahMos programme has boosted Russia’s chances of promoting its air and naval platforms on the Indian market. Normally, is the opposite would be the case: export of platforms opens up opportunities for missile supplies to be deployed on these platforms. But with BrahMos, it is the missiles that have become the driving force. So the Rubin Design Bureau is creating a special version of Russia’s new Project 677 (Аmur class) submarine to carry BrahMos anti-ship missiles as its main weapon system. This raises the submarine’s chance of winning India’s tender for six submarines worth up to $10 billion.

And last but not least, the BrahMos Aerospace joint venture has become a vehicle for further Russian-Indian projects, on an even larger scale and with greater Indian participation. The company is known to be already working on a new hypersonic missile. The unique experience accumulated since 1998 as part of the BrahMos project has paved the way for even more ambitious goals, including new strategic ballistic and cruise missiles.