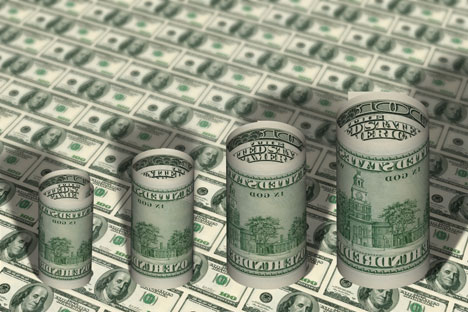 The economic system of the future must look to social innovations.

The global system of credit ratings no longer works. For years, these ratings deterred states from excessive borrowing, caused them to curtail social programs and public spending, and encouraged them to raise taxes, but Standard & Poor’s downgrade of the credit rating of the United States has not had the intended effect. Since the downgrade, demand for U.S. bonds, far from diminishing, has risen, while the interest rate has dropped.

Obviously, the greatest beneficiary from this latest change in the rules of the game is the United States itself. It is now absolutely clear that the U.S. Treasury Department can continue to borrow as much as it likes and to print money, and neither ratings, nor proposed legislation, nor fear of losses will prevent players in the global markets from buying the U.S. dollar. For one thing, they depend on it for assessing value and payments. Moreover, U.S. Treasury bonds represent cash for financial institutions and major players – they are liquid, denominated in dollars, and they bring in interest.

I subscribe to Warren Buffet’s simple idea that the U.S. credit rating is still AAA and there is no reason to change it, because U.S. Treasury bonds must be paid for in U.S. dollars, which the Federal Reserve can print in any amount.

There is a real question, however, about the cost of these dollars. We can already sense the answer, as the value of money is rapidly changing. The process started by the U.S. will draw China, Europe, Russia and other states into a devaluation race if they want to keep their economies competitive.

As often happens, this is both good news and bad news. The good news is that the current world financial and economic model can survive for a very long time without major upheavals. The bad news is that you and I will have to pay for this stagnation. By devaluing money, states gradually reduce real incomes, hurting everyone, and above all, the poor.

Any ideas about changing the very infrastructure of world finance – such creating a central bank of central banks or replacing the dollar as the universal means of evaluation with gold or a basket of five main currencies – may be sound, but they are unrealistic, not only because of the resistance from the U.S. elite but also the disparities in the positions of the other major countries.

Robert Zoellick, the head of the World Bank, said in a long interview recently that hard times lie ahead for the world economy, and that the current situation is different from the one the world faced in 2008. “The world is involved in a change of the international financial system, with such countries as China coming to the fore,” Zoellick said.

Although China does not count for much on its own, China and the U.S. today are two sides of the same coin: They will either fall together or emerge from the crisis together, and China still has a margin of strength. China is, at long last, lifting restrictions on ownership of its debts via Hong Kong for foreign investors and appears to be loosening the link between the yuan and the U.S. dollar, which may provide world players with an alternative measure of value and a saving instrument before this year is out.

This scenario is bolstered by the attention the Chinese government is focusing on its domestic market, the development of which makes the country less dependent on external demand and reduces its involvement in the world economic downturn.

But most importantly, economists and advisers everywhere should look at the root causes of the economic turbulence throughout the world. The modern concept of economic development and scientific and technological progress has exhausted itself. There is no longer any need to create anything new. There are already cars, planes, houses, telephones and computers that make life comfortable and livable. Their further improvement is only of marginal use to the consumer. This means that, until we work out a new development paradigm, there can be no serious growth. So far, new ideas and creation of a new economy are possible in some areas such as medicine, ecology, space exploration and the oceans. But these areas need to be “made” interesting in order to get people involved.

As economist M. Khazin says, the current situation “consigns the most active and energetic people to a fairly bleak scenario: Increasingly, the idea is sneaking into the heads of many people that there is no room for them in this life.”

Psychologists speak about loss of man’s role as a pioneer charting new courses. Today people provide fertile soil for religious cults and extremism rather than innovation. But people hold the answer to the current situation. If the world is to continue to develop economically, it is necessary to change society, to create new values and motives that can, on their own, provide the basis for further economic growth. Social technologies must today take pride of place.