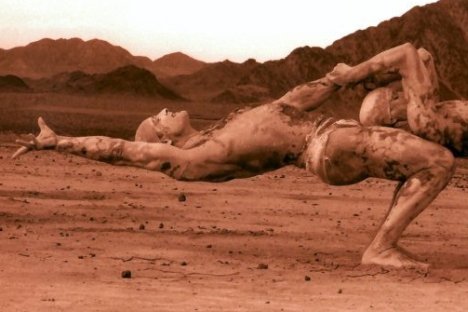 America's late night king often has performers on his show - will be interested in the Russian performers in Vegas?

So, a letter to America's late-night talk show host. Hopefully, we will get on his show. Read on....

You’ve had your share of circus performers on your show doing amazing things.  How many of them came on stage crusading with a mission to save the circus?

Meet Iouri and Nikolai, two Russian master handbalancers who are part of the largest circus oral history project in the United States, a one-of-kind project designed to get the wacky and zany stories-and one-of-a-kind tricks on audio and video tape. And preferably before their breathtaking ancient art becomes a distant memory, bamboozled by Cirque du Soleil’s billion dollar empire that has more costumes and masks than death defying tricks.

Confused? Try this: Las Vegas may be known for gambling and go-go girls, but it also is the only city in the world that sports 10 circuses on one street,  making Nevada the official circus state of America. Many of the performers are Russian, hailing from the great Moscow Circus that was the largest circus empire in the world. They imploded onto the Las Vegas Boulevard scene in 1993, and have been there ever since.

If cheap Eastern European labor isn’t reason enough for them to get invited in droves, their amazing talent is.  Now some 2,000 members of the Moscow Circus and their families call Las Vegas home, sort of a weird Brighton Beach of the wacky kind.  There are more Russian circus performers in Las Vegas than in any city in the world outside of Russia, and one crazy American who’s been following them around for 20 years.

That would be me.  I first saw the Moscow Circus by accident one day in the sleepy town of Reno, NV,  in 1990, where I was visiting. BOOM. I fell in love with the highwire walker and ran up to the red ring to meet him at intermission. The rest is history. Ten years I spent in Moscow chasing after these circus people, alas, Mr. Highwire Love stayed in Vegas. Now I moved  myself to Vegas, 20 years later, supported financially and morally by the governor’s culture director, two universities, the National Endowments for both the Arts and Humanities to capture their stories of real circus, giving the state something to be proud of: a circus mecca.

In addition to performing their amazing act on stage, Iouri can talk about growing up in the Russian circus, whether they want their kids to continue in it, (Nikolai has four children),what they think of circus today without the animals, and the contributions of all the Russians in Las Vegas, many who work incognito in Cirque du Soleil’s shows.

I can also talk about these issues and the importance of preserving classical circus. Highwire walking, for example, is becoming extinct. I can also bring along the highwire walker who spawned this love of mine for the Russian circus: we’re still friends today.  He dreams to walk on a wire over Las Vegas Boulevard. I dream to see him walk once again.

Nevada is not all about foreclosures and unemployment: it’s America’s circus capital that wants the world to know its got something no one else has: Russian talent galore that wants to preserve the old world amidst the new.

circus Blogs Clowns in the Desert