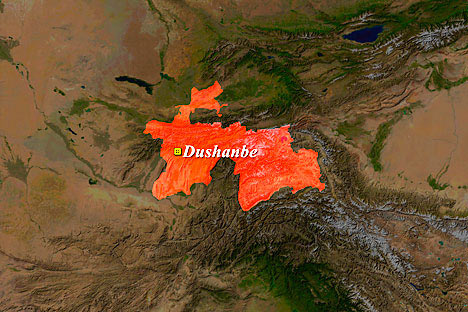 Tajikistan has the closest geographic proximity to India. It is separated from the Indian sub-continent by the Wakhan Corridor [Afghanistan], which is 200 kilometers long varying from only 16 to 65 kilometers in width. Tajikistan is a Persian speaking country; its population estimated by seven million is quite young. The country has the largest natural water resources in the region. Unlike other four Republics, exploitation of Tajikistan’s modest fossil fuel and natural gas resources are currently not economically viable.

At present, India-Tajikistan bilateral relations are based on mutual respect, convergence of interests and similarity of views. Moreover, India and Tajikistan does not have any differences on any particular issue, which needs to be resolved. Tajikistan has consistently extended support to India in the United Nations and in various UN forums. On the Jammu & Kashmir issue, Tajikistan holds the view that, it is a bilateral dispute and may be resolved amicably by India and Pakistan.

India has upgraded the Aini airport near Dushanbe, which is fully operational now and identified other strategic areas of cooperation including building of highway. This highway would give Tajikistan a link and access to Chabahar port in Iran via Afghanistan. The highway from Chabahar will pass through Afghanistan to Tajikistan. The connecting route will be Chabahar-Kabul-Kunduz-Badakhshan, which will enable India to have a transport corridor to the Central Asian region.

Another significant area of cooperation between the two countries is to fight against terrorism and drugs trafficking. Both the countries have together fought against the Taliban and there is already a joint working group on counter terrorism activities.

Besides, the Tajik Ministry of Defense received a grant of US$ 0.5 million to renovate and upgrade the Tajik Military Institute in Dushanbe. Tajikistan does not have an army that could guarantee its territorial integrity and is also not in a position to establish a well-trained standing army, as its economy is unable to finance and support their needs. Though Tajikistan spends around 3.5% of its GDP on defense and security, the sum of US$ 35 million per annum is too little for the defense of the country. Tajikistan’s standing army is made up of conscripts and the size of the army is dependent on the conscription. Tajikistan, in addition, also needs air arms that could extend aerial support for its ground forces where India can cooperate. India may expand the bilateral defense cooperation to help Tajikistan establish a professional army.

Tajikistan is one of the largest beneficiaries of India’s ITEC (Indian Technical and Economic Cooperation) programme, where Tajik officers have been trained regularly. India-Tajikistan Joint Commission for Economic, Scientific and Technological Cooperation was established on August 2006, by Ministry of Commerce and Industry’s Special Secretary G K Pillai on behalf of the Government of India and Minister for Economy and Trade of Tajikistan H. H. Soliev, in Dushanbe.

However, trade and economic cooperation between India and Tajikistan is insignificant, as two-way trade is absolutely meager. This is clearly due to the fact that there are a number of constraints in the promotion of Trade. Mainly, due to lack of easy access and transportation facility. Regrettably, till date there is no direct air service linking Dushanbe to Delhi, which can be barely two hours away. India’s economic progress is admired in Tajikistan, which will be beneficial for increasing trade and economic cooperation. However, the primary obstacle is the transportation difficulties. Thus, India and Tajikistan together should take-up these issues and try to overcome these challenges. Given the goodwill that exists, India should use its economic and inherent prowess to play a prominent and influencing role in Tajikistan.

Cooperation in Hydroelectric power is yet another important sector of cooperation between India and Tajikistan.