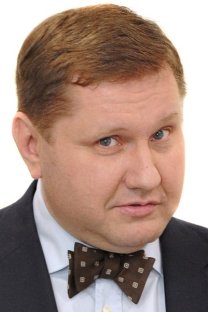 On Aug. 8, 2008, I was presenting the morning radio program on the BBC Russian Service when news of shelling in South Ossetia started to emerge. I vividly remember being stunned that the long-simmering conflict had suddenly spun out of control. I came to the realization that my country, Russia, is for all intents and purposes at war with its neighbor for the first time since the World War II era. The sense of bewilderment is still there. For my generation that grew up in the USSR, the fact that Russians and Georgians are enemies is difficult to accept. And I am of two minds as to the consequences of that war for both sides.

The war remains very popular in Russia. The idea that the Russian army taught a lesson to a former Soviet republic that dared to look toward the West, rather than Moscow, plays well with the Russians’ post-imperial inferiority complex, which continues to place a huge emphasis on “might is right” attitude. The idea that Russia faced off not with Georgia but America while fighting in South Ossetia is a popular notion here. It helps the Russians feel better about themselves. Come to think of it, the idea of taking on the world’s only remaining superpower, rather than an impoverished nation with a population less than half of Moscow’s, is an appealing notion.

In a recent interview, President Dmitry Medvedev reminded the Russians that it was he who sent the Russian troops into action - implying that it was his administration that humiliated the United States. This bit of rhetoric was clearly one of the first salvos in Russia’s unfolding electoral battles. But Medvedev also called on Georgia to lift its objections to Russia joining the World Trade Organization in exchange for what he called “full normalization” of relations. This part of the presidential interview highlighted the conundrum in which Russia found itself when it chased the Georgian army out of South Ossetia and Abkhazia, and recognized two breakaway territories as independent states.

Georgian President Mikheil Saakashvili says that Tbilisi would wave through Russia’s WTO membership if Moscow will let the Georgian customs officers or, alternatively, international observers man posts on Russian-South Ossetian and Russian-Abkhazia borders. This is rejected out of hand by the Russians - Medvedev made it abundantly clear.

So was Medvedev’s offer of normalization an empty one? I guess it was rather a call on Washington, which is considered by the Russians to be the real power in Georgia, to lean on Saakashvili and force him to acquiesce to Moscow’s offer. However, for the Georgian leader, this is unthinkable too. His main political point is that Abkhazia and South Ossetia will remain integral parts of Georgia, although both were in fact lost nearly 20 years ago to a combination of local separatism, Russian pressure and Georgian intransigence.

Russia is committing a mistake when it dismisses Saakashvili as an American puppet with no weight of his own. He is a formidable adversary who plays the limited number of cards he has with admirable skill. Russian denunciations of him as a lunatic who should be tried by the International Criminal Court only strengthen his position at home and abroad. His lobbying efforts on Capitol Hill ended in Congress formally recognizing the two breakaway republics as “occupied territories” - and thus preventing even the Moscow-friendly Obama administration from forcing Tbilisi’s hand on Russia’s WTO membership. To fix this problem, Moscow will have to employ all the resources it has at its disposal - and it doesn’t seem to have much.

The Georgians may never get the runaway republics back. The Russians may not get the WTO membership. And they cannot hope for the diplomatic recognition of Abkhazia and South Ossetia they counted on - even from the closest allies like Belarus. The two possible outcomes are obvious: either Moscow rescinds the recognition of Abkhazia and South Ossetia - an ephemeral perspective indeed, with or without Medvedev and Putin - or Tbilisi decides to accept the loss and move swiftly toward NATO and EU membership. This doesn’t seem likely any time soon.

Konstantin von Eggert is a commentator and host for radio Kommersant FM, Russia’s first 24-hour news station. He was a diplomatic correspondent for Izvestia and later BBC Russian Service Moscow Bureau editor-in-chief. He was also once vice president of ExxonMobil Russia.