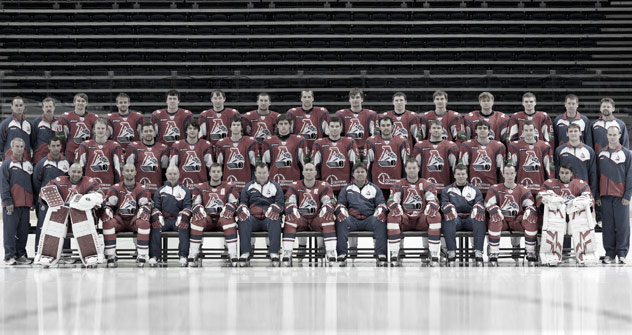 A Yak-42D jet carrying one of Russia’s best hockey teams, Lokomotiv, crashed in Yaroslavl (160 miles from Moscow) on Sept. 7. Of the 45 people on board, only a flight engineer and one player survived. According to unconfirmed data, the crash was due to a malfunction that developed during acceleration for take-off.

The city of Yaroslavl, a major industrial hub 160 miles north of Moscow, was welcoming guests – including President Dmitry Medvedev – to its third annual Global Policy Forum on Sept. 7 when the news came that a plane carrying the Lokomotiv hockey team had crashed outside the city.

At about 4pm, a Russian-built Yak-42 airplane took off from the local Tunoshna Aiport with the city’s professional Lokomotiv hockey team and a 7-strong crew onboard. The plane was heading for Minsk, Belarus, where Lokomotiv was due to play in the Continental Hockey League (KHL) championship. As the jet accelerated along the almost 10,000-foot-long runway, the plane missed its target and took off at the very end of the landing strip, its chassis almost scraping the ground. According to eyewitnesses, it failed to gain altitude. After rising a few dozen feet, the plane began to lurch toward its left wing. It then hit a radio tower 1,500 feet from the runway and crashed on the bank of the Volga River. The jet fell to pieces as it hit ground, its tail left on the river bank. The burning fuselage, passengers and crew fell into the water.

Natalya Panova, a paramedic, was one of the first to arrive at the crash site. “I was on duty at the time. Suddenly I saw a plane in flames from a window at the hospital. Without changing my slippers, I rushed to the ambulance and headed out,” she reported. In the ambulance, she heard two more explosions. Police later said that they were fuel tanks exploding. “[When I arrived some] people were already there. One of them had jumped into the river and found a man who was still alive. It later turned out to be flight engineer Alexander Sizov. His right hip and right leg were broken. He also suffered a scalp laceration, burns to the face and was in a state of shock. Sizov was given first aid and sent to the hospital in an ambulance,” she added. Another survivor, team forward Alexander Galimov, was picked up by a local fisherman, who brought him to Yaroslavl on a motor boat. The player suffered multiple injuries and sustained burns to 80% of his body. He underwent surgery, but remains in critical condition.

The Yak-42 had one month left before a scheduled overhaul

An investigation has been launched under Article 263 of the Criminal Code (“Breach of safety rules for the movement and operation of air transport”). Investigators have been examining the crash site and have seized documents from the Yak-Service company, which operated the plane. The jet had not had any major problems, with regular maintenance due in October 2011, 18 years after it entered service.

Pilots interviewed for this report suggested malfunctioning power units as a possible culprit. The problem most likely occurred after the plane had accelerated to over 200 km/h, when activating the emergency brakes was no longer an option. The Yak-42 flight manual states 420 km/h as the minimum speed necessary to gain altitude upon takeoff, which the planes engines could have failed to achieve. This would explain the plane’s lurching to the left before crashing.

The Yaroslavl tragedy dealt a terrible blow to the Continental Hockey League. Its President, Alexander Medvedev, broke the sad news during a season opening match in the Urals city of Ufa between two other professional teams. The match was stopped out of respect for the victims.

Lokomotiv was one of Russia’s popular hockey teams. It won the national championship three times (all before the current league was set up): in 1997 (when the team was called Torpedo), in 2002 and 2003. In the new league, which unites both Russian and foreign teams, Lokomotiv ranked among the best, making it to the semifinals during each of the last three years.

Among the dead are several members of the Russian national team, as well as Yaroslavl Lokomotiv’s foreign players and Canadian coach Brad McCrimmon. These include Josef Vasicek, Jan Marek and Karel Rachunek from the Czech Republic, Pavol Demitra from Slovakia, Karlis Skrastins from Latvia, Ruslan Salei from Belarus, and Swedish goalie Stefan Liv. Condolences have poured in from around the world.

This article has been abridged from the original version, which can be found here (in Russian)