A new address for Russian 'babus' 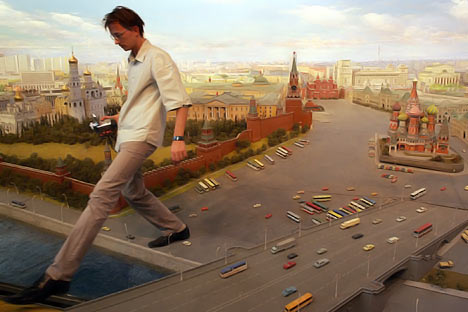 A new area for government offices and staff is set to be built on the outskirts of the Russian capital that will cover 160,000 hectares and expand the capital’s boundaries to create a ‘Greater Moscow’. The idea, which was announced by President Dmitry Medvedev at the St Petersburg Economic Forum in June, has now evolved with Moscow’s mayor Sergei Sobyanin unveiling detailed plans for creating the bigger city in a year’s time.

The new bureaucratic centre is to be built on a 160,000 hectare (395,000 acre) plot in the south-west region. The current boundaries of Moscow encompass 107,000 hectares, so the new area will, in effect, be more than double its size.

The local governments of Moscow and the Moscow Region have already approved the ambitious project. And an international competition for developing the concept of Greater Moscow is soon to be announced.

It’s not the first time the capital of a major city will be recreated to accommodate the government staff. Brazil, for example, built its capital from scratch in the middle of the jungle. The move helped to sever the corrupt nexus between government officials and members of the elite classes, by replacing them with people who had no connections to old, often criminal, schemes.

Government offices are also relocated for more practical reasons, such as streamlining administration. That’s why France created its high-rise district, La Défense, on the edge of Paris.

Medvedev seems to be thinking more along the lines of streamlining rather than replacing officials, as the proposed site is within commuting distance of central Moscow. The move will also help to relieve traffic congestion in the city.

It’s not clear how much the new city for bureaucrats would cost. “The cost is not yet known because there are no concrete projects,” is all Sobyanin would say.

Finance Minister Alexei Kudrin, however, feels that the relocation would virtually “cost nothing”. He said the movement of the bureaucratic staff would free up premises, property and other assets in the city centre. If these buildings were reused effectively, the cost could turn out to be zero.

But Konstantin Kovalyov, managing partner with the estate agents Blackwood, says that the final bill will be hefty. “Every government official needs 12-15 square metres, each costing $3,000. And one has to bear in mind that the officials will be accompanied by secretaries and staff who need space too. So it may cost between $50,000 and $100,000 to relocate a single government official.” The president of the Moscow Architects’ Union pointed out, “Top federal executive bodies are not only about the offices in which the bureaucrats sit. Housing, a social and transport infrastructure, and commercial services are needed too.”

As in most cases when offices are relocated, it is always inconvenient for some staff. A bureaucrat spoke for many others when she said, “I personally like the atmosphere of the old Moscow city centre and would prefer not to move out.”

A recent survey published by the Levada Centre says 61% of Moscow citizens support the idea of moving government offices out of the city centre, while 26% object. But equal numbers approve of and object to Moscow expanding in size (both 41%). The other survey respondents were undecided.

Some Muscovites can't help seeing the funny side of the development. Residents of the suburban south-west districts of Moscow joke that soon their homes will be located in the city centre.

Previous attempts to build a replica of La Défense in Moscow met with little success. In 2005, the cabinet of Yuri Luzhkov, the then Moscow mayor, announced a plan to build an administrative district on an 800-hectare plot of land north west of the city's business centre.

This plan entailed shifting around 100 industries out of the area, with the project cost estimated to be a whopping $80bn. Not surprisingly, it never got off the ground.

This time round, planners may have plenty of time to avoid repeating the same mistakes. According to the Property Market Indicators analytical centre, the president’s grand scheme will take at least 10 to 15 years to come to fruition.