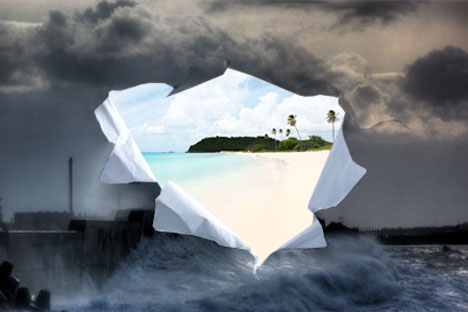 Kim Jong-Il traveling across Russia on an armored train? Yulia Tymoshenko in prison? A president who has "administrative resources" but no "team of his own?" It may sound familiar, but these headlines actually come from August 2001.

In May 2001, the Atlantic magazine went to print featuring an article soberly titled “Russia is finished.” Summarizing his experience in living in Russia since 1993, the article’s author, Jeffrey Tayler, predicted that “[g]iven the logic and propensities of Russian history, there appears to be no end in sight to the country’s decay.” And also: “Putin’s plans to strengthen the state…, if carried out, would amount to a national death sentence.”

There appears to be something special about Russia: Tireless Cassandras of all shapes and shades are endlessly churning up gloomy, sometimes almost apocalyptic, predictions about Russia’s future. Often, the next forecast would blatantly contradict the previous, but their originators don’t seem to care. Thus, a prominent expert in the Russian economy predicted in January 2005: “Putin will be out of office in the near future.” Yet in the fall of 2007, the same expert opined that the Russian president will remain in power indefinitely by "possibly following declaration of a national military emergency." Go figure.

Combing through the Russian media coverage of August 2001, it becomes clear that predicting the country’s future was as popular then as it is today. Looking back on the prognoses of that time with the benefit of 20/20 hindsight, does it seem that the gleeful prognosticators of the day shared a crystal ball with the Prophet of Troy or had more in common with the proverbial boy who cried wolf?

In August 2001, Russian Prime Minister Vladimir Putin – the most frequent target of all predictions – was in the 20th month of his presidency; the current president of Russia, Dmitry Medvedev, was serving as deputy chief-of-staff of the Putin administration. In 2001, Russia’s GDP reached $307 billion ($1.3 trillion projected for 2011) and hard-currency reserves stood at $35 billion (currently at $500 billion plus). The BBC was about to launch the quiz show “The Weakest Link” on Russian TV, and the much-despised United Russia didn’t even exist.

What was in the news? At the beginning of the month, North Korean leader Kim Jong Il traveled across Russia in an armored train (sounds familiar, does it not?). On Aug. 12, the country commemorated the first anniversary of the Kursk nuclear submarine tragic accident. The 10th anniversary of the failed 1991 coup dominated the media coverage in the second half of the month. Also in the news were intense U.S.-Russian consultations: Washington was trying to persuade Moscow to acquiesce to U.S. withdrawal from the 1972 Anti-Ballistic Missile Treaty. The American side insisted, as it does today, that the United States needed protection from missile attacks launched by the rogue states such as North Korea and Iraq (these days, Iran replaces Iraq). In an Aug. 14 interview with “Nezavisimaya Gazeta,” Alexei Arbatov (at that time Deputy Chairman of the Defense Committee of the State Duma) argued that the U.S. would only withdraw from the treaty when it started to actually deploy elements of a missile defense system, and this “will not happen for several years.” Arbatov was wrong: the U.S. withdrew from the treaty in June 2002.

On Aug. 9, Russian prosecutors issued bribery charges against Ukrainian “opposition figure” Yulia Tymoshenko who at the time already faced corruption charges back at home. And in a bout of moral clarity, the “New Your Times” called (now jailed) oligarch Mikhail Khodorkovsky “…a man who…orchestrated a series of flagrant corporate abuses of minority shareholders unparalleled in the short history of modern Russian capitalism, setting…a benchmark for unacceptable behavior.”

And then, of course, there were predictions. On Aug. 14, “Sovyetskaya Rossia” published a letter signed by 43 prominent Russian public figures. Titled “Stop the lethal reforms!” the letter called on President Putin and the Russian security services to stop the “criminal reforms” conducted by “the amateurs [Alexei] Kudrin and [German] Gref ” (back in 2001, the ministers of finance and economics and trade, respectively) who were supposedly leading the country to “irreversible economic and social collapse.” The inability to do so, warned the authors of the letter, carried the risk of Russia’s territorial disintegration.

To certain extent, such a grave forecast was rooted in a widespread belief that by 2001, Russia had exhausted all growth potential generated by the 1998 economic crisis and that the economy was entering a phase of “depressive stabilization.” To many, a new economic crisis was “imminent” because of the “imminent” fall in oil prices: from $23 a barrel in 2001 to as low as $15 by 2006 (as predicted by Lehman Brothers). This prediction didn’t hold true: Oil prices kept rising, causing the unprecedented growth of the Russian economy in 1999-2008.

Talks of economic disasters inevitably transformed into predictions of political troubles. “Inostranetz,” on Aug. 7, interpreted the election of Communist candidate Gennady Khodyrev as a governor of Nizhny Novgorod as a sign of “at least a Communist renaissance, if not a Communist comeback.” The publication went further, arguing: “The inevitable deterioration in the economic situation is also likely to contribute to strengthening the Communist Party.” This prediction didn’t materialize: KPRF, the strongest Russian political party in 2001, has been steadily losing public support ever since.

On Aug. 1 and 9, “Novaya Gazeta” reported (referring to its “sources” in the Kremlin and the FSB) that President Putin was about to shake up his cabinet and replace Prime Minister Mikhail Kasyanov with Novgorod Governor Mikhail Prusak. Otherwise, according to the newspaper, Putin would be facing a “social upheaval.” As the matter of fact, Kasyanov was dismissed only in February 2004, whereas Prusak held his governor position until 2007.

Then, “Nezavisimaya Gazeta” kicked it up a notch: Apparently inspired by the 10th anniversary of the 1991 putsch, the newspaper warned that as a result of infighting between Russian political elites, the country was in for a new coup d’état. Moreover, then-Minister of Defense Sergei Ivanov was identified as its possible leader. Ivanov, however, chose a different career path and is currently serving as a deputy prime minister in Putin’s Cabinet.

Although many media outlets supported the point of view that Putin would leave the Kremlin before the end of his first presidential term, it was the weekly “Versia” that volunteered to identify the name of the next President of Russia: Anatoly Chubais, then the chief of Russia’s United Energy Systems. “Versia” argued that by August 2001, Chubais had accumulated enough of the administrative resource – and legislative and media support – to successfully challenge Putin, who, according to the weekly, still had no “team of his own.” To the weekly’s credit, it’s editors didn’t assume that Chubais would wrest the presidential power from Putin’s hands in a coup d’état. Instead, Chubais was supposed to win the 2004 presidential election. Now, we know that while staying active in Russian politics, Chubais never attempted to seek the presidency.

Prominent Russian political scientist Alexander Tsipko had better luck predicting Putin’s future. Writing for the Jamestown Foundation, Tsipko forecast that Putin would remain president for a second term, after which he “will probably relinquish power in exactly the same was as Yeltsin did:” by appointing a “successor.”

Those whose predictions of Russia’s future were not as good as Tsipko’s must not despair. Russia is often said to be a country with “unpredictable past.” Predicting its future is even tougher.