Why is China silent? 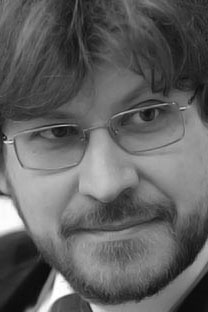 Wars and public unrest across North Africa and the Middle East, political and economic standoff in the United States, a feverish financial climate in Europe and chaos in Japan all overshadowed the fact that China has become all but invisible on the international stage, even though all the above have a direct bearing on it.

The Chinese authorities seem worried and are pausing to consider these changes.

The “stay out of it” approach advocated by Deng Xiaoping, the reformer who led China towards a market economy, has been the key precept of China’s foreign policy for decades. Beijing rightly thought that demonstrating its growing ambitions and capability would only complicate its development, as China’s achievements arouse other countries’ suspicions even when it refrains from interference.

These new features were more clearly discernable in 2008 and 2009. The Beijing 2008 Olympics were a symbolic demonstration of China’s enhanced role in the world, while the global financial crisis further strengthened its self-confidence. It is generally believed that China came through the crisis with smaller losses and returned more rapidly to growth than other countries. In 2010, it spoke up louder and more firmly on regional issues (for example – the announcement that it considers the South China Sea as a matter of national interest) and on world order. The change was noticeable, even though debates on whether China should have remained “modest” a little longer are still underway in the country.

Massive changes have been seen in 2011 on the global political landscape. The Western democrats’ expectation that the Arab Spring would spread to China did not materialize because the situation there is quite different. Beijing has long maintained that any change in the status quo in important regions will disrupt the global balance and is fraught with unpredictable consequences, and that it is better to keep away from the epicenter of these sweeping changes and see what happens next.

This explains China’s passive attitude to the Arab revolts. Chinese media outlets are providing carefully measured doses of coverage of these events, possibly to prevent the people from drawing parallels. Although China refrains on principle from interfering in other countries’ affairs, it did not veto the UN Security Council resolution on Libya, instead preferring to stay in the shadows while the international community discussed Russia’s stance. Beijing barely commented on the hostilities, which subsequently turned into an international regime change operation in Libya, especially during its last decisive stage. China did not denounce anything or protest, even though it had solid reasons to do so. Neither did it respond to the rebel leaders’ warning that the Chinese (as well as Russian and Brazilian) companies will get nothing in their new Libya. Instead, Beijing cautiously probed into the possibility of recognizing and cooperating with the new authorities. It is acting similarly regarding one more hot spot, Syria: Beijing is staying in Moscow’s shadow, unwilling to show any initiative.

An even more striking example of restraint can be found in its attitude to the U.S. sovereign debt problem, which almost ended in a default in August. Beijing is actually furious about Washington’s handling of the situation. After all, it has been working hard to maintain the stability of the U.S. economy (with which it is closely intertwined), while the Americans’ internal political squabble endangered it. However, Beijing made only a few carefully considered critical statements during that debt crisis, largely opting to remain silent.

One reason for this is that the Chinese government does not want the general public to see how much their economy depends on the situation in the United States, fearing that this might make them mistrust the wisdom of the party’s policy. Besides, Beijing does not believe it would benefit from increased tensions. It cannot change U.S. policy and does not want to surrender any trump cards to America’s conservative, anti-China establishment. This is why China welcomed Vice-President Joe Biden, who visited in August to convince his country’s largest creditor of America’s solvency, with expected phrases about mutual trust and cooperation.

At the same time, Beijing is much harsher on Europe because first, Europe’s debt is of little concern to it and second, because China does not fear Europe, whose governments openly kow-tow to China’s leaders.

China is preparing for an important event: the election of new leaders at the Communist Party congress in 2012. Although the changes are known well in advance and there should be no surprises, the party and government take the whole process very seriously. Any possibility of deviation from the approved scenario must be ruled out. Beijing is aware of one feature of our current globalized world: one cannot entirely protect oneself from external factors. Even the slightest internal malfunction can escalate to dangerous proportions thanks to external influence. The events of last spring and summer showed that public grumblings can quickly become destructive.

Until the reins of power in China pass to a new generation, the country will continue to show restraint and try to minimize risks. But its next leaders will have to take fundamental decisions. Analysts say that Xi Jinping, likely China’s next leader, is highly conservative, but it is the principle, not details that matter.

China is losing faith in the United States as an economic partner. Its current development model is based on exploiting the advantages of globalization. Will China try to force a move away from this? Continued reliance on this model is too risky for China. This raises the specter of deliberate outside pressure, protectionist measures against Chinese goods, and even collapse because of unwise or irresponsible government actions.

If Beijing decides to disengage from the global economy in deed, not in word as it did after the 2008-2009 crisis, this will result in a fundamental change in the world order, with a new de-globalization changing the economic and political parameters of global development.