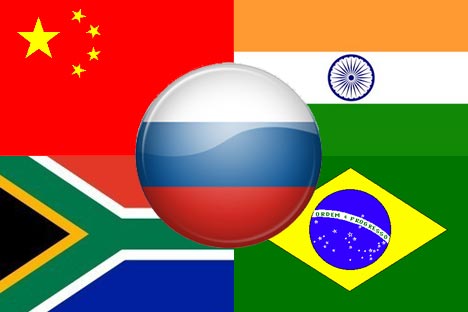 The newly created National Committee for BRICS Studies is aimed to determine the role of the BRICS countries in the global economy and political arena.

The inaugural meeting of the Academic Council of the National Committee for BRICS Studies was held on September 13, at the World Trade Center in Moscow. The meeting was held as part of the ongoing Russia and India Discussion Forum: Partnership in a Global Format, which is organized by the Russkiy Mir Foundation.

The National Committee for BRICS Studies is a noncommercial organization created on the order of President Dmitry Medvedev by the Russkiy Mir Foundation and the Russian Academy of Sciences with support from the Ministry of Foreign Affairs of the Russian Federation. The committee will function as an umbrella structure, forming and coordinating the work of research groups from various academic centers and regions of Russia. Over time it is expected that foreign specialists will be engaged in this work as well. The main aim of the work is to determine the role of the BRICS countries in the global economy and political arena. The Academic Council will act as a center for developing the strategy for the research work and publishing activities of the organization.

Mikhail Titarenko was elected chairman of the presidium while Vyacheslav Nikonov will head the executive board of the organization and handle it management.

Speaking at the meeting, Vyacheslav Nikonov noted that BRICS was no longer just a virtual concept – it has become a reality. The political alliance is being reinforced with institutions, and the growth rate of the economies of the BRICS exceeds that of the rest of the world and the political influence of these five has also substantially increased. Simultaneously, the BRICS are becoming more important in Russia’s foreign policy as well.

Having read a welcoming message from Russian Foreign Minister Sergei Lavrov, Ambassador Vadim Lukov, who oversees relations with BRICS countries for Russia, noted that participation in the organization for Russia amounts to something of a civilizational choice. Participating in this organization which represents 3 billion people provides some advantages for our country. The positioning of the alliance in the world has not yet been completed, and Russia as one of its founders has a unique opportunity to influence this process, the diplomat said.

The meeting was presentational in nature and did not last very long. However, its participants managed to make a number of proposals with regard to the organization and focus areas of the new organization. One of the main concerns of the National Committee for BRICS Studies, according to those speaking at the meeting, should be preparing people to care out the proposed studies. As Vyacheslav Nikonov joked, “we are witnessing the birth of new profession – the Bricsologist.”