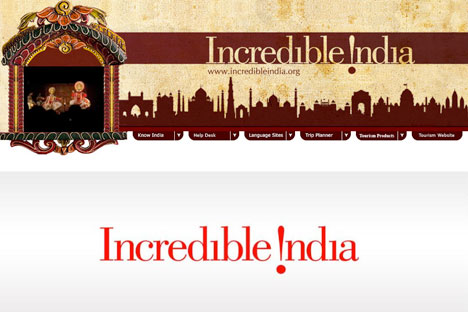 A road show of the Indian tourist market is to take place in Russia.

In 2010, the flow of tourists to India from all over the world increased by 10% and is likely to go up again in 2011. Even so, the share of Russian tourists in the total inbound tourist traffic to India is still not high. In order to increase it, the Indian tourism department has decided to hold a road show in Moscow, Kiev and Alma-Ata ahead of the Holiday exhibition.

Russian tour operators working with India do not think that such events will make a great difference to the demand for Indian tours: what is needed is well-designed advertising campaigns and real financial input. In the meantime, India as a tourist destination is promoted exclusively by Russian travel agencies.

“Over the past several years, India has been investing actively in developing its tourist infrastructure, says Mr M.N. Javed, Director for European market development with the Indian tourism office. Tourists can now visit several of the most popular tourist areas in the country even during a relatively short trip, availing themselves of the large number of cheap internal flights.”

The Incredible India-2011 campaign will be held under the slogan “Discover India – a Variety of Experiences”. The main aim of the campaign is to present the destination from various aspects and acquaint partners and the press with new features and tourist trends in the coming season. Among the Indian participants in the road show are more than 20 representatives of the local tourist industry, including tour operators and leading hoteliers.

Even so, Russian tour operators counted on a very different level of support from India’s tourist authorities. “Unfortunately, in recent years, the Indian government has invested very little in promoting their country on the Russian tourist market, so that function was virtually left to Russian tour operators. “Actually, government bodies should popularise the destination,” said Lyudmila Puchkova, President of the Lanta-Tour Voyage Company. She cited examples of successful advertising campaigns to promote such countries as Turkey, Thailand and Egypt on the Russian market.

That opinion is shared by the company Megapolis Tours. “Issuing up-to-date and authentic information on the situation in the country, as most tour offices do, would often be useful for India. Although it does not involve large financial outlays, the Indians do not do this. Moreover, for many years now, the tour operators have been playing the key role and underwriting all the costs of promoting India as a destination, which in my opinion is unfair and incorrect with regard to Russian companies. The Indian host tour firms get a ‘ready’ tourist and face no financial risks, unlike their Russian colleagues,” said Eduard Kuznetsov, founder of the Megapolis Tours Company.

The story was first published at Tourprom.ru