"Progress" is not in sight 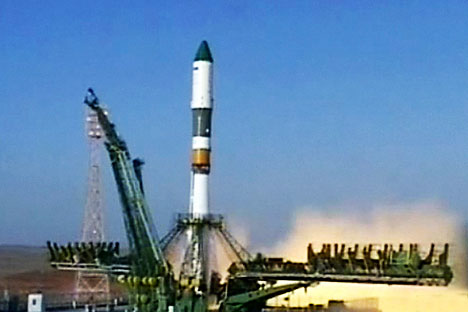 Many critics of the Russian space program attribute the recent launch failures to obsolete technology, but is the age of the design the only factor?

Throughout the 50-year history of the space era, with its thousands of launches, the main workhorses carrying satellites into orbit have been the same American Delta, Atlas and Titan carriers and the Soviet-Russian Soyuz rocket. They were all developed from the base of the of the first stages of intercontinental ballistic missiles and medium-range missiles developed between 1957 and 1962.

Traditionally, in the Soviet Union and now in Russia, space-related enterprises fall under the umbrella of the defense industry. The overwhelming majority of Russian experts believe that a third of the enterprises in this sector are virtually broke. Russia invests only a tenth of what the Western countries put into R&D and only a fifth of what they invest in fixed assets and personnel training.

“More than 70 percent of the technology meeting the needs of production is physically and morally obsolete,” said retired Major General Vladimir Dvorkin, who is in charge of developing programs for improving the Strategic Nuclear Forces.

Igor Lisov, editor of the authoritative journal “Novosti Kosmonavtiki” (Aerospace News), is also full of pessimism: “Over the last two decades, experienced people have retired from the industry because of age or low pay… As long as an engineer in space production and in space technology design is paid less than a vendor of mobile phones in a kiosk, he will sell mobile phones and not space technology.”

It is difficult, if not impossible, to rectify this situation by throwing money at the enterprises, introducing decent salaries and replacing worn-out equipment. The whole approach needs to be changed, entrenched traditions must be broken and, still more, the ingrained mentality focused on achieving spectacular and temporary success followed by the trumpeting of our leadership.

Not by chance is this country’s main achievement considered, to this day, to be a world record in the number of annual launches. None of the ruling elite are in a hurry to challenge that principle, not even after the humiliating January loss of the military geodetic probe GEO-IK2, which had been in operation less than a month, followed by an orbital “rodeo” trying to catch the Raduga military satellite, which had lost its orientation.

Do we have a coherent program for developing our aerospace sector as a whole? I can foresee the answers: our goal is the ISS and then the Moon, Mars, etc. As for the program, we are designing it to cover the period up to 2050.

So why is it that, instead of actually creating new technology, the country’s main space firm, Energia corporation, is talking about putting a tourist hotel into low Earth orbit? There are not enough spaceships today and, considering the end of the space shuttle and the loss of the Progress cargo vehicle, half of the ISS may remain uninhabited.