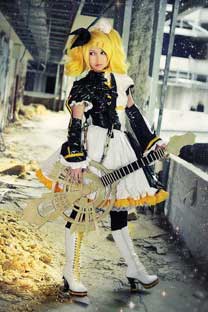 A Russian girl dressed as a character from Japanese anime. Source: private archive

Russia-Japan ties are blossoming, but for the historical dispute over Southern Kuril Islands. It’s time for the two countries to energise their relations anew by signing a peace pact.

The only source of friction in what are otherwise very cordial and warm diplomatic relations between Japan and Russia is the former’s claim to the Southern Kuril Islands. Unable to shake off the burden of the past, the two countries are still in a sense fighting the Second World War and a peace treaty hinges directly on the resolution of the territorial dispute.

In the final stages of the war, while liberating Southern Sakhalin from the Japanese, Soviet troops evicted the Japanese from the islands of Kunashir, Iturup, Shikotan and Habomai. This triggered an exodus of Japanese nationals from the islands to Hokkaido. Japan, which refers to the islands as its Northern Territories, has taken a hard line on their return, while Russia has tended to show a degree of flexibility.

Senior Russian officials have said on record that Russia was willing to hand over Shikotan and Habomai to Japan, a position that Tokyo has rejected. I once spoke to a senior Japanese diplomat posted in Yuzhno-Sakhalinsk about the dispute and he was willing to admit that the Japanese hard line was unlikely to help the country’s cause. The diplomat privately agreed that the Russian offer was fair but rued the fact that such a compromise would be looked upon as treason in Japan and could bring down a government.

The exiles from the “Northern Territories” have a strong political base and there’s even a day of protest in Japan called the Northern Territories Day. The diplomat went on to tell me that the very fact that Japan gave up its claims on Karafuto (Southern Sakhalin) and opened a consulate in Yuzhno-Sakhalinsk was seen as a major compromise. Russia has tried to address the needs of Japanese exiles and there is a visa-free programme to the Southern Kurils for former Japanese residents.

While there are protests in Sakhalin, every time an offer of Shikotan and Habomai are made to Japan, there is hardly any enmity that Sakhaliners feel towards the Land of the Rising Sun. In fact, Japanese culture is very popular on the island with Japanese being the most studied foreign language after English. There was a generation of people in southern Sakhalin, who grew up listening to Japanese programmes on the radio. Sakhalin is proud of the few surviving buildings and reminders of the Japanese past on the island.

If there is any fear of a neighbour in the region, China comes to mind. Japan is not even remotely viewed as a threat but few will argue over the need for the two countries need to sign a peace treaty and work towards integrating the region, so that the Russian Far East can be the true bridge between Europe and Asia.