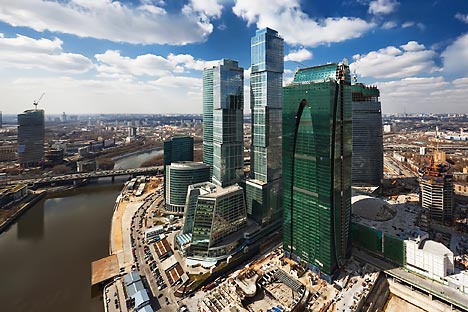 It’s not easy for Moscow to become an international financial center when the country’s banks and investment funds keep stealing small investors’ money.

Igor Kostikov, former chairman of Russia’s stock market regulator, believes that protecting small investors from pyramid schemes masquerading as funds should be just as important to the Kremlin as developing an international financial center (I.F.C.) to attract a broader investor base. According to Kostikov, these schemes are widespread in Russia — and not only are there no laws to stop these scams, but no one in government is responsible for overseeing these funds.Russia needs to develop a much broader investor base, but recent reforms to the investment infrastructure have failed to build trust among individuals who might invest directly into stocks. “Creating an I.F.C. is not just a question of having a state-of-the-art stock exchange,” said Kostikov. “Just as important — more important — is building a relationship with the small investors [in which] they trust the markets and funds to look after their money. That is still missing in Russia. Here, people invest once, get ripped off and walk away, never to return.”In February 2011, Kostikov established the Union Of Financial Services Consumers (FinPotrebSoyuz in Russian). Its job is to help people who have been ripped off by unscrupulous investment fund scams.The pyramids The way it works is this: An investment club advertises in the press promising handsome returns to small investors, who then get in touch with the Russian office and sign a contract before investing their savings. When they come to withdraw their money, they are told that the club made some mistakes and lost all its money. If the investors start inquiring why the fund went bust, they will quickly hit a wall. “The investor can’t sue the Russian office, which it turns out has no legal connection with the club. The Russian end of the operation is acting as an ‘agent’ and reselling the services of the fund that is registered in Cyprus, British Virgin Islands or somewhere,” explained Kostikov. “It is nothing more than a post box and is closed down when it has collected enough money. For most people, to pursue a claim against the company overseas is too expensive. And even if they did, the contract that they signed in Russia probably has no standing overseas.” No one is sure how much money retail investors have in these funds. According to the Russian business daily Kommersant, Russia’s mutual funds started taking in money again in the first half of this year for the first time in four years, but still only hold a pathetic $200,000 of total assets under management. Kostikov says there are no official figures, but estimates the value of the total retail investment business at about $300 million.According to Kostikov, the scams are already generating tens of millions of dollars, but the state has done nothing to regulate the business; there is still no organ or laws to oversee or license investment clubs. In the meantime, the sharks are left to operate with impunity and can even run high-profile advertising campaigns in the local media. What makes these scams so insidious is that the operators don’t screw everyone over. The bigger clubs make some real returns and pay back the bulk of their investors, but they bolster the bottom line by simply stealing some of their investors money and using it to pay the rest. Moreover, this practice of padding profits by simply helping yourself to a small portion of investor’s money is widespread. Slightly less egregious, but still unethical, are overly aggressive sales people in established banks who sell more traditional products such as mortgages and car loans. The absence of regulation and a supervisory body means that salespeople push these products on customers even though they know many can’t afford them, simply to earn a bonus. Even the giant state-owned Sberbank is prone to this sort of problem, although it has been responsive to consumer complaints.“Sberbank has been one of the few banks that have fully cooperated with us [FinPotrebSoyuz],” said Kostikov. “The consumer complains to the regional branch, but if they don’t get anywhere, they come to us. We took these cases up with the head office here in Moscow. And in each instance, the consumer was refunded their money in a matter of days.”

AGE: 53Hometown: leningradstudies: political economyKostikov headed the Federal Securities Market Commission (as the stock market regulator was then known) between 2000 and 2004.In February 2011, he established the Union of Financial Services Consumers (better known by its Russian name of FinPotrebSoyuz). FinPotrebSoyuz has no official standing and is funded by a few private sponsors. Its job is to help people who have been cheated by unscrupulous investment fund scams.

The root of the problem is the average Russian’s almost total ignorance of his rights vis-à-visfinancial services. Companies prey on debtors and intimidate them when things go wrong. Most of the established consumer credit banks have a well established routine for dealing with problem loans: The account is passed to a special department, which then offers to restructure the terms and pesters the clients with calls. As the average personal debt in Russia is on the order of $900 - equivalent to a bit more than one month’s average salary - the recovery rate is fairly high, as most people can raise this sort of money from friends and family. But, if a loan is deemed “irrecoverable”, the banks often sell them to a debt collection agency. “There is no regulatory authority and there is nothing in the personal bankruptcy law that covers debt collectors. They are completely illegal,” said Kostikov. “But almost everyone is unaware of this.”Raising the levels of awareness is another challenge his agency hopes to take on.