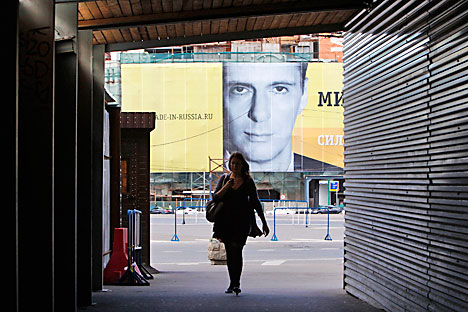 Mikhail Prokhorov may know what it takes to be a successful businessman, but he has learned that these skills don't necessarily transfer to the political arena.

In April, Russian billionaire Mikhail Prokhorov announced his intention to take the reins of the liberal Right Cause party. At a party congress in June, the party gave Prokhorov extraordinary powers to recruit staff and determine its pre-election strategy, which pushed its ratings higher. The businessman’s political career was, however, short-lived.

“Success is something you just can’t share with your children,” Prokhorov said. “You can leave a legacy to them, pay for their education, explain how to run a business, but there is something you cannot hand over merely by wishing you could. It is precisely the talent for business – the mixture of luck and intuition that distinguishes a true leader from merely a successful person.”

There can be no doubt that Mikhail Prokhorov considers himself to be such a “true leader.” In his enormous office in the center of Moscow, with a glass dome for a roof, he treated his guests to a watermelon grown in his own field and told blue jokes, bordering on obscene, as though fully confirming his reputation as a rough, successful businessman who knows how to enjoy his achievements. Back then, he had not the slightest intention of going into politics. Yet his words revealed his ambitions and self-esteem.

Mikhail Prokhorov’s success story is, in many respects, typical of the Russian oligarchs who emerged from the downfall of the Soviet Union. The son of a mid-level Soviet government official who headed the international department of the Sports Committee of the Soviet Union, he received a good education by Soviet standards, graduating from the State Financial Academy, was an active Komsomol (Young Communist League) member and joined the Communist Party. He did not, however, shy away from doing jobs on the side such as handling freight as a student or, in the era of cooperatives, selling jeans.

His education made him eligible to become a party official and granted him access to the Soviet financial system: In 1989, he started working for the International Bank for Economic Cooperation, where he met his future business partner, Vladimir Potanin. In the early 1990s, they set up the International Financial Company and then ONEXIM Bank – the basis for their future business empire. The notorious loans-for-shares auctions of the Yeltsin era, which allowed businessmen to gain control over a few big companies, the oil company SIDANCO and Norilsk Nickel above all, made them billionaires.

Prokhorov’s subsequent biography is an unending success story, despite his painful breakup with Potanin. Prokhorov even managed to emerge a winner from the global financial crisis: Just before the crisis, he sold billions of dollars worth of assets, which enabled him to buy up bankrupt companies.

More importantly, Prokhorov has always known how to get along with the government, has accepted all the rules of the game it imposed and has demonstrated his understanding of what “social responsibility of business” means – something of which the Kremlin is very fond.

Basketball in Russia needs a boost? And he created the powerful club, CSKA. Biathlon needed helping out? He set up and financed the Russian Biathlon Union. Russia's innovative potential needed improving? He launched the Russian “Yo-Mobile” hybrid car.

“With the December parliamentary elections close at hand, the Kremlin needed an opposition party to absorb some of the anger that has been growing in the liberal segment of Russian society. Right Cause, a pro-business, open-minded party created in 2008 was available for this task, but it lacked a platform, name recognition, and, most importantly, a charismatic leader.” Mikhail Prokhrov, a well-known successful businessman, who had the added benefit of being one of the country’s most eligible bachelors, fit the bill perfectly.

Before accepting the job of Right Cause leader, however, Prokhorov had to sort out with the Kremlin the rules by which he was expected to play.

“Registered parties in Russia observe certain restrictions – tough restrictions,” said political scientist Alexei Makarkin. According to Makarkin, the first ‘don’t’ for any budding politician is to never associate with the street opposition, the kind of group exemplified by the ‘orange’ movement in Ukraine.

The second is not to stray beyond the established political limits, not to raise issues that would make the government look bad, and not to step on the toes of any other political party – above all, the party of power, United Russia.

Such a situation was not unthinkable for Mikhail Prokhorov – it was something he had long been acquainted with in business. “Letting somebody down or not, performing obligations or not… It is a very difficult question,” Prokhorov said when trying to explain the intricate system of relations in Russian business. “There are arrangements and understandings according to ‘the code of the underworld’ and there are legal agreements. The former prevailed in the 1990s, while now everyone has switched over to Russian or western legal standards. This is a normal evolutionary process.”

Meanwhile, Prokhorov was not put out by ‘the code of the underworld’ – unwritten agreements to be observed by both parties. But eventually, it was discrepancies in the interpretation of those agreements that got the businessman into trouble.

Playing by his own rules

When he took the reins of the party, Prokhorov embarked on an aggressive campaign, drawing into the party savvy people who were out of favor with the government. For instance, about 18 months ago, he replaced the entire regional party leadership in Kaliningrad, betting instead on an organizer of mass protests. And he also brought into the party Yevgeny Roizman – an adamant campaigner against drugs and a controversial, albeit charismatic and very popular, figure.

Against this background, United Russia would have continued to win over more voters by pretending to be a socially orientated party, but Prokhorov emerged as an ideologically free populist, bringing popular public figures to the top of his party lists. He understood perfectly that he would not win the 7 percent required to make it into the State Duma as a “classic right-wing liberal.” Coincidently, Kremlin strategists realized that anything Prokhorov might win above the 5-7-percent limit would be taken away from United Russia.

“Russian political parties have long since ceased to see failure as a disaster,” Alexei Makarkin said. “Parties just symbolize the presence of various political movements and forces for election purposes. Prokhorov, however, is the wrong sort of man for that – he would see failure as a serious blow.” A billionaire and a successful businessman, he focused on victory, not just presence, in politics as well as in business. This was the main reason for his conflict with Deputy Chief of Staff of the Presidential Administration and senior ideologist Vladislav Surkov.

“While he was slated as a sparring partner, he started an actual fight,” said political scientist Gleb Pavlovsky. “At some point, Surkov tried to impose on Prokhorov his candidates for the Right Cause party list. Prokhorov, in turn, assuming that Dmitry Medvedev and Vladimir Putin had given him carte blanche, refused to accept them. An open conflict ensued, with Putin and Medvedev distancing themselves from the row. Surkov, being more experienced in political intrigues, ousted Prokhorov as chairman using the his competitors inside the party. “Despite my 20 years in business, I still had some illusions. They were dispelled yesterday,” Prokhorov wrote in his blog after the coup.

As a result, Right Cause has lost any chance of making it into parliament, while Mikhail Prokhorov is at a loss. He promised he would be seeking Vladislav Surkov’s dismissal when he meets Putin and Medvedev and, possibly, would build a new political force.

“I value my mistakes just as I value my successes,” Prokhorov used to say. “They show me the limits beyond which I cannot go.” The Right Cause affair has, indeed, shown the billionaire the limits and these limits have proven too narrow to allow him to make Russian political life even slightly more interesting and unpredictable.