BP to stay in Russia despite lawsuit and raids 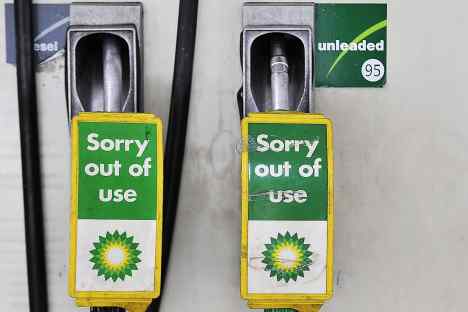 BP’s Moscow offices were raided after its Arctic exploration deal with state oil giant Rosneft collapsed. But other British companies have not been deterred.

The latest developments surrounding the abortive deal between BP and Rosneft have left the British company facing an enormous damages claim and pondering its future in Russia.

On August 31, the day after it was announced that American firm ExxonMobil would be developing the Arctic shelf instead of BP, a search was carried out at the BP Exploration Operating Company office in Moscow. The search warrant was issued by a Tyumen court and was based on a submission by the Siberian minority shareholders in TNK-BP, the third biggest oil producer in Russia, owned on a 50-50 basis by BP and Alpha Access Renova (AAR), a consortium of Russian shareholders.

The confidential documents removed during the search concerned the Rosneft-BP deal. The claimants want compensation for opportunities lost because of the failed TNK-BP partnership with Rosneft. They say it was the British shareholders that wrecked the deal, which would have increased TNK-BP’s capitalisation. The minority shareholders initially put their damages at 87.12bn roubles (about £1.75bn), but almost doubled their claim to 154.284bn roubles (£3.1bn) at a trial in Tyumen on  September 21. The claims are addressed to the British BP plc and BP Russian Investments Limited.

The chances of the lawsuit succeeding are slim, according to experts. They believe the minority shareholders will find it hard to secure compensation from BP because the deal with Rosneft cannot be deemed effective. But even if they win, the money will go not to the plaintiffs but to TNK-BP.

After the searches, BP declared that its business had come under unreasonable pressure, while Exxon merely expressed its surprise at the searches. The US company, which has not previously worked in Russia, may get a juicy plum. Rosneft and Exxon are to explore three Arctic areas in the Kara Sea with combined resources put at some 5 billion tons of oil and 10 trillion cubic metres of gas. No precise figures are yet available for reserves.

Exxon will also join the Tuapse Trough project in the Black Sea. The reserves in the Trough may be as much as 1bn tons, but that is a tentative assessment. The American company will get 33.3pc stakes in both the Arctic and the Black Sea projects, with the remaining 66.7pc to be owned by Rosneft.

In return, Exxon offers Rosneft participation in American and Canadian projects, notably the Hibernia petroliferous province in Canada’s territorial waters nearly 200 miles south-east of Newfoundland and Labrador islands. Its reserves are estimated at 1-1.3 billion barrels (136-178 million tons) of oil. Exxon has a 33.1pc stake in the project.

On September 13, Rosneft president Eduard Khudainatov announced that the companies would have a detailed plan in place for the joint projects before the end of the year. That same day, the Tyumen state arbitration court, on a petition from Rosneft, revoked its ruling authorising the removal of documents from BP’s Moscow office. This happened the day after the British Prime Minister David Cameron and a delegation of British businessmen, including BP’s chief executive Robert Dudley, visited Moscow. The raids were raised by David Cameron at a meeting with Russian President Dmitry Medvedev, but no conclusions on the matter were reached.

This latest setback triggered rumours that BP might pull out of Russia. Yet this is  an unlikely and highly undesirable scenario for the company: TNK-BP accounts for a quarter of the British giant’s production, a fifth of its reserves and a tenth of  its earnings. Having invested $9bn in setting up TNK-BP in 2003, the British had  received $16bn in dividends by 2011.

Other British companies, undeterred by BP’s setbacks, are anxious to enter the Russian commodity market. According to unofficial Kommersant data, the British Empire Special Situations investment fund, controlled by the Rockefeller family, is trying to gain access to two gas fields in Urengoy in Siberia.