Emerging realities for the investor 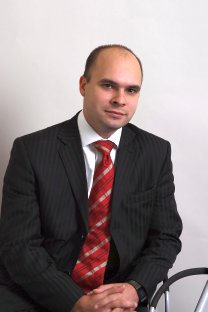 Popular opinion over the past five to seven years has had it that emerging markets are more appealing for investors than developed Western economies, not to mention Japan. This is substantiated by significantly higher economic-growth rates, national currencies garnering strength, higher interest rates and manifold stock-market index growth in the past decade.

The 2007-09 economic crisis, which paralysed the United States and the European economies but left developing markets relatively unscathed, clearly showed the advantages of investing in emerging markets.

Emerging markets get their greater financial elasticity from a noticeably lower aggregate debt to GDP and, in many cases, more soundly balanced budgets than in developed countries. On top of that, emerging markets could become a palpable fall-back for investors who are increasingly nervous about a possible second wave of the credit crisis and a double-dip recession in the US and Europe.

The MSCI EM (Morgan Stanley Capital International for Emerging Markets) index, however, clearly shows that stocks in emerging markets have been playing catch-up with the MSCI ACWI (All Country World Index) for almost the entire year. The revenue gap between the two indexes starting from the beginning of the year is 6pc, with the MSCI EM having sunk 17pc as opposed to 11pc for the MSCI ACWI; the median gap for the entire year is four points.

So what does this tell us? Do we have on our hands an  unfounded drop in share value that is making it even more appealing to continue to shift one’s portfolio assets towards the emerging markets? Or has the appeal of emerging markets become less irrefutable than it was thought to be in recent years?

Any asset’s investment appeal hinges on the ratio of two factors: currency flows related to this asset, and how much it costs. Instant high growth rates and the potential for expanding domestic consumption thanks to a low baseline, a paltry amount of debt for local economies and demographic trends in emerging markets paint a more rosy picture for future currency flows than that for the developed economies.

Do not forget, however, that sales growth does not necessarily transfer automatically into commensurate profit growth for corporations. Cost inflation (for instance, from the higher-than-anticipated growth in salaries or a strengthening national currency), ill-advised investments or direct state intervention (through taxation or regulating individual sectors) can significantly hamper corporate-sector profit, even if greater than expected growth rates are preserved.

Corporate management, which is still of a decidedly lower quality in emerging markets than in the developed economies, piles on additional restrictions on how currency flows reach the investor  as dividends and how creditors are protected when a company is in danger of going under.

For example, the expected average weighted profit share, split up among shareholders as dividends, for companies from the MSCI Russia index is 15pc. This is less than half of the same figure for the MSCI World index, which currently stands at 36pc. Moreover, the expected growth rates for corporate profits in the coming two years for the  Russian index come out at 5.7pc, while the MSCI World’s figure is 8pc.

Alexey Zabotkin is head of investment strategy at VTB Capital. In 2011, he was ranked first in the “Equity Strategy” category in the Institutional Investor 2011 All-Russia investor survey. He also took first place in Thomson Reuters Extel Survey 2011 overall Country Analysis vote for Russia.