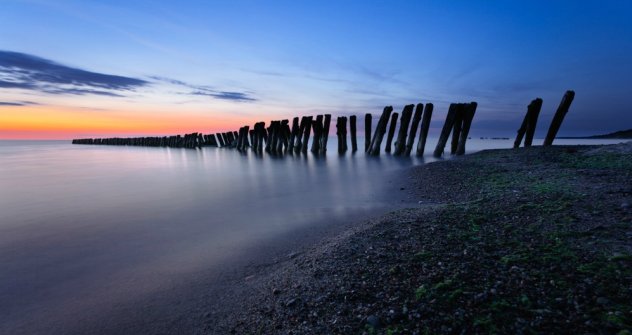 While many Western tourists enjoy a vacation spent in nature, Russians - and Russia itself - are still learning the pleasures of this kind of travel.

Masha Gerasimova had a decision to make – lose her job, or join the rest of her colleagues on a team-building exercise in the Siberian taiga. Reluctantly, Gerasimova swapped her clutch bag for a backpack, her miniskirt for jeans, and replaced her make-up with mosquito repellent. But leaving her high-heels behind would have been a step too far – her Manolos accompanied her on her trek to Lake Baikal, taking up a small space in the bottom of her pack.

Ecotourism is travel to places that are relatively pristine without causing any serious impact on the environment. The two parts of this definition, however, seem to be incompatible. Advocates of ecotourism claim that it is the only way to preserve wilderness areas without closing them off to the public while opponents of ecotourism believe that, no matter how responsible tourists might be, any interference in natural processes imposes an extra stress on the ecosystem and leads to its degradation.

For most Russians,  “ecotourism” and “hiking,” are one and the same thing – both involving a 100 lb pack on your shoulders, a tent pitched on an anthill and songs around a campfire. But in the Western world, ecotourism is just a decision to take a holiday featuring views of mountains, forests and lakes over classical picture postcard destinations. According to data from the World Tourist Organization, ecotourism makes up between 10 and 20 percent of the global tourism market and is the industry’s fastest growing sector.

Now these “back to nature” ideas are catching on in Russia, and some Russian vacationers are exchanging the dust of museums for the dust of the roads less traveled.

Russia’s natural landscape has huge potential as an ecotourism destination. However, despite its vast tracts of wilderness or semi-wilderness, the natural environment in Russia is not exactly in good shape – nor is it particularly accessible. Most of Russia’s areas of natural beauty are measured in distances involving four or five digits, requiring ecotourists coming to Russia to purchase expensive long-distance flights. Additionally, the distance from an international airport to the destination itself normally adds another few hundred miles to the trip, and a large portion of these will have to be covered on roads that barely deserve the title. And to get to places like Kamchatka or Yakutia, the most viable means of transport is a helicopter.

Then, once the tourists have actually arrive, there must be infrastructure in place to support them. Even if the tourists want to camp out under the stars, there needs to be some kind of communication available, medical services and places to buy food. And if Russia really wants to tap into the trend, it will need hotels as well. Modern ecotourists like to spend their holidays in reasonable comfort, but without causing harm to the natural surroundings.

History of ecotourism in Russia

Amateur, hiking and sports tourism similar to “adventure tourism” in the West was more widespread in the Soviet Union than in any other country. In 1989, more than 20 million people took such trips, most of them young people. After 1990, there was a sharp drop in demand for trips inside Russia, corresponding to the sharp rise in foreign travel. More recently, the government has been trying to promote ecotourism in Russia. The issue was raised during Prime Minister Putin’s visit to Kamchatka in 2010. On Aug. 29, 2011, during the prime minister’s meeting with the Minister for Natural Resources and the Environment, it was decided to allocate 1.5 billion rubles ($50 million) for developing 12 priority protected natural territories and to increase funding for the program by an annual 800 million rubles ($26.5 million) until 2020.

For many Russian regions, the development of this ecotourism infrastructure could help them support their natural resources financially. Forest rangers in Russia are underpaid and understaffed. Many nature preserves rely on the help of volunteers. The workers and volunteers of the Baikal nature reserve, for instance, have independently created 200 meters of special paths for disabled visitors who use wheelchairs, and plan to extend it to 2.5 km.

Although state funding for projects in forests and parks is still in the initial stages, plans were made to finance a development project for nature preserves at a recent meeting between Vladimir Putin and Yury Trutnev, the minister for natural resources and the environment. Twelve areas were selected as priority zones, and infrastructure development there is scheduled to take place between 2013 and 2020. Putin and Trutnev also proposed to double the number of annual visits to nature preserves from 6.5 million to 12 million by 2013.

Masha Gerisimova and a dozen of her coworkers ended up in a nature reserve in Tankhoe in the Kabansk Region of the Republic of Buryatia. The area is intended to be part of the Great Baikal Trail. This is a single system of eco-trails around Lake Baikal that cover the special protected areas of the Baikal Region. In recent years, the unregulated use of natural resources has led to a sharp deterioration in the ecosystems in and around the lake.  And some of the visitors were unimpressed by the area’s beauty.

“The taiga is not the savannah, where you can see an elephant from miles away. Moreover bison aren’t going to stand around posing for the cameras – they’re scared. So you end up going over seven hundred kilometers to look at mosquitoes,” said an accountant from Masha Gerasimova’s office.

Meanwhile those who oppose the idea of increasing ecotourism think that building large-scale infrastructure in and around nature reserves will inevitably lead to their destruction.

“In their discussions about the fashionable topic of tourism, the prime minister and the minister failed to mention the real problems of nature reserves are facing: The unacceptably low wages of the people who work there, the severe shortage and disrepair of material resources, the constant attempts to seize protected territory,” said Mikhail Kreyndlin, head of Greenpeace Russia’s project for specially protected natural areas.

But while environmentalists are arguing with the government about who should be looking after wild nature and how, others are busy constructing paths, cleaning rivers and saving endangered species. In August, Russian volunteers independently organized a clean-up of several inlets in the Barents Sea.

“There are only two ways of solving this human problem,” 30-year-old volunteer Dmitry Dementiev told RIA Novosti. “Either we seal off this beauty from our fellow countrymen, introduce a military-style access system and limit the freedom people have to move around their own country, or alternatively every one of us could try working together to keep our environment clean.”

In Russia, national parks are a comparatively new form of environmental protection and preservation of cultural heritage. The first natural parks were set up in the country in the early 1980’s. Now there are 35 natural parks covering a total area of 6,925,696 hectares (0.4 percent of Russia’s territory).

(The Curonian Spit, where the eponymous national park is located, is a long, narrow sandy peninsula stretching from Zelenogorsk in the south-west to Klaipeda, Lithuania in the northeast and separating the freshwater Curonian Bay from the Baltic Sea. It is the longest sand bank in the world)

The easternmost national park in Russia is the Alkhanay

(The main landmark of the national park is undoubtedly Mount Alkhanay, one of the Buryat Buddhist shrines, with the Great Good Temple is at its foot. The most interesting feature is a natural grotto in which the vault has a crack leading into the rock, from which seeps water considered to have healing powers.

The park is located at the juncture of steppes, forests and highlands and has more than 340 plant species. About 180 of them are used in official and folk medicine. There are more than 120 species of mammals, 165 species of insect, 2 species of amphibians, 4 species of reptile and 17 species of fish. This is also Russia’s newest national park.

About 40 rivers and streams flow through the park into the Black Sea.

Since Sept. 15, 2010, admission to the Sochi National Park has been free for both local residents and guests

The largest national park in Russia is the Yugyd Va (Urals)

The largest national park in Europe is the Vodlozersky.

The park has one of the largest lakes in Northern Europe, Lake Vodlozero. There are 196 islands on this shallow glacial lake. The park has some unique monuments to Earth’s history, including the world’s only outcrops of ancient 3.4 billion- year-old basalt rock.

Today there are 35 national parks on Russian territory

(A zapovednik is an area of land or body of water in which the entire natural complex is completely intact).

(A zakaznik is an area of land or water where some natural elements – such as vegetation or some animal species – are under protection, but the whole area is not.)

(A natural parkis a large protected area of the naturalor cultural landscape used for recreation, nature conservation, educational and other purposes)