Innovation in Russia waits for a Sputnik Moment 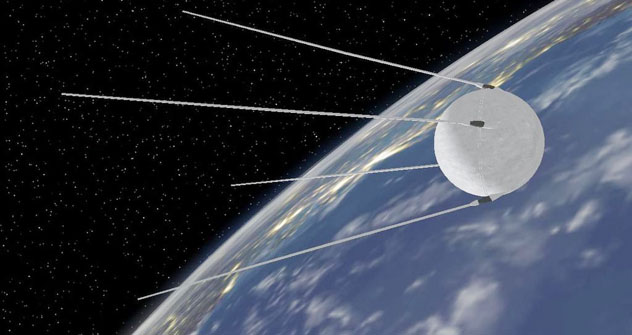 Russia has squandered much of the Soviet scientific legacy. What can be done to reverse this trend?

In Moscow, Oct. 4 1957, seems a long time ago. Since then, the country has made enviable headway in space travel. The International Space Station is a living proof that, at least in this high-tech field, Russia is still far ahead of many developed economies. However, the day when the first artificial satellite was put into Earth’s orbit is rarely remembered in the Kremlin because Sputnik demonstrated to the world that the Soviet Union won global recognition for technological, military and scientific prowess. This was the result of strategies focused on creation of modern industries, engineering know-how and advanced education system.  Two decades after Russia inherited this legacy of scientific accomplishments, there is practically nothing to show for it. Moreover, while preaching about a need for innovation, the ruling Russian elite does not perceive that what the nation needs most of all is a Sputnik Moment. There is an urgent need for a national upheaval that will produce radical change. Not only to restructure the economy’s technological base, but to modify the overall socio-economic strategy.

Russia’s decline in science and technology is more astounding than the Soviets’ progress half a century ago. From 1991 to 2010, the number of people engaged in R&D declined by half. The drastic cut in government funding of academic research was not compensated even by increase in applied R&D financed by businesses. The share of enterprises introducing new technologies in Russia is only 9.6 percent compared to Germany’s 73 percent, Belgium’s 58 percent or to Estonia’s 47 percent. Only 1 percent of the new technologies developed by Russian enterprises are sponsored by the government whereas 18 percent of businesses enjoy state support in Austria, 14 percent in Italy and 13 percent in the Netherlands.

According to polls, Russian businessmen realize that they need to innovate, but are not eager to invest in new know-how and equipment. The share of private investment in total innovation funding in Russia is about 20 percent whereas in Brazil, it is 55 percent. This shortage of funding is aggravated by insufficient federal budget outlays: they amount to only 0.5 percent of GDP while neighboring Finland spends 3.5 percent of its GDP on science. Percentages aside, according to The Royal Society of Great Britain, Russia has lost its traditional place among the 10 world leaders in scientific publications.

Still more depressing is the ongoing “brain drain.” Tens of thousands of talented Russians are already working abroad. They will soon be followed by a new wave of emigrants. A recent poll conducted in 46 regions revealed that about 20 percent of Russians, mostly young, well-educated and Internet-savvy, consider emigration as their only chance for self-attainment and better life. The trend puts a big question mark over Kremlin’s ambition to build an innovative economy.

These manifestations of scientific and technological decline have made innovation a top priority for Kremlin policy-makers, but they are taking on the challenge in a Soviet-style way. The government has created state-owned corporations for the renovation of such high-tech industries as aviation and shipbuilding and for development of nanotechnologies. Government-funded innovation projects were also authorized. The biggest one is Skolkovo, which has been proclaimed as Russia’s breakthrough to a knowledge-based economy.

Signed into federal law by President Medvedev last autumn, Skolkovo is designed to become a national hub for creative endeavor and development of internationally marketable products and services as well as a prototype for new science centers across Russia.  The Kremlin planners believe that research and educational infrastructure along with tax and customs havens will make Skolkovo a Russian Silicon Valley within 3 to 5 years. Whether the project will be a success is anyone’s guess, but oligarchs close to the Kremlin happily support it as a new tax loophole and a generous source of public money.

But while billions of taxpayers’ rubles are being poured into state-owned companies and at the would-be wonders of Skolkovo, existing science centers are underfunded – despite the fact that many of them still can boast of world-class academic research and the development of eye-opening technologies and new products. To give just one example, Russian researchers have created technologies for the manufacture of nano-crystal materials for machinery with high friction gears, which are projects to be developed in the West only as of 2018.

The discrepancy between the pressing need to save what is left of Russia’s former science leverage and the lavish spending for projects that are have more in common with Potemkin Villages than major research centers is just one of many indications of the reluctance and inability of the ruling elite to restructure the resource-dependent Russian economy into a knowledge-based one. So far the Kremlin does not grasp that it is not only scientific achievement, new technologies or competitive consumer goods that equal a modern economy. Innovation is the integration of economic, social, judicial, educational, environmental and other policies that encourage individual creativity and improvement in the quality of life.

According to economists at the World Bank, an economy based on innovation thrives primarily on dynamic decentralized processes in the context of free enterprise competition. The United States and China have succeeded in fostering vibrant innovative activity through the creation of strong incentives and opportunities for entrepreneurship, market entry, market exit, and exposure to international and domestic competition. The trend towards centralization and more government interference in the economy hinders progress in rebuilding Russia’s potential, the World Bank says. Needless to say, more government control over the economy breeds still more corruption – this endemic disease and powerful brake to any social and economic progress in Russia.

The launch of Sputnik was the culmination of Soviet efforts to be the first nation to enter space. Strategic missiles were a guarantee of survival in the Cold War. This realization was a powerful motive for the concentration of R&D and industrial potential in production of missiles to deter a nuclear attack. The challenge was clearly understood not only by the political leadership, but also by the Soviet people at large, who spared no effort to make the country industrially and technologically advanced. But when, half a century later, the Kremlin repeats time and again that Russia faces the challenge to “Innovate or Die,” the members of a society obsessed with getting more money at any cost hardly realizes that the challenge effects them.

In a poll last year conducted by the RBC business consultancy showed that only 10 percent of Russian businessmen believe that President Medvedev’s modernization program will be realized within the next 10 years. They consider bureaucracy and corruption to be major obstacles to any improvement in investment climate and business infrastructure. The next barriers to innovation are the lack of appropriate legislation and reliable protection of property rights, an inadequate patent system and the absence of low-risk venture financing. So far, the top priority for the majority of Russian medium and small businesses is not innovation, but survival in an unfriendly market environment and unfair competition. As for Russian big businesses, their main concern is to preserve the current system of making bonanza profits mostly in extraction industries.

Russia’s social and economic realities are not conducive to a reversal in technological decline. The trend can’t be stopped by preaching innovation or by lavish public spending. It can be reversed only by a rebirth of Russian people’s awareness that restructuring to a knowledge-based economy is the only option for national survival in global competition. Paraphrasing the old Russian saying: “Until thunder strikes a man would not cross himself,” it's possible to say: “Don’t expect innovation until a Sputnik Moment!”