Foreign investment flowing back into Russia 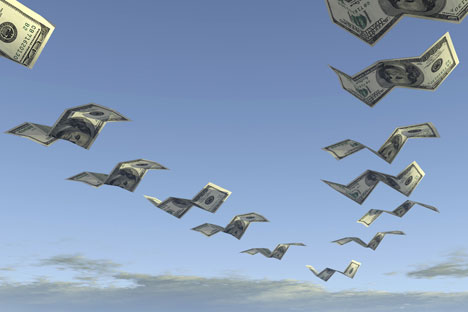 In July, Russia took in $87.7 billion of fresh investment – triple the amount from last year.

It makes a good headline, but the number is actually a bit deceptive, as much of this money is profits reinvested by existing foreign investors, which is counted by Rosstat as foreign investment. Likewise, more of this amount is due to foreign loans made to pay for mergers and acquisitions deals and the re-registering of Russian businesses to foreign domiciles. Still, the result is indicative of a general increase by foreign investors in the Russian market.

About half of the general investment was actually short-term credits (180 days or less) that accounted for $46.5 billion of the total. Short-term borrowing by Russian banks also accounted for about half of the borrowing, or $44 billion of the “investment.” But this number is also confusing, since much if not all of it is probably rich Russians lending to their own companies as a way of getting money into the country to support their assets now, but leaving a door open to get the cash back out again when things improve. Even this trend, though, testifies to improving sentiment among Russia’s rich.

Starting in the last quarter of 2010, Russia experienced a sharp outflow. A total of $31 billion flowed left the country in the first half of 2011. In July, though, the tide turned and investments began to return.

What appears to be happening is that those oligarchs whose businesses are dependent on politics are salting away a little something, just in case the elections bring surprises. This doesn’t mean a change at the top, which no one expects, but potential changes just as damaging farther down the chain of command. As politically tainted businesses rely heavily on relations with bureaucrats, this sort of change can lead to an oligarch losing control of his business entirely. Indeed, Russian President Dmitry Medvedev has started a campaign to remove state officials from the boards of state-owned companies, and more of the same can be expected in the next year.

At the same time, asset prices are getting lower. The price-to-earnings ratio on stocks fell to a ridiculously low four during the worst of the recent sell off by the last week of August. However, the economy continues to grow at around 4 percent, and the state’s forward-looking forecasts for oil remain at about the $100-per-barrel mark. At the same time, lending by banks was up by more than a quarter in the first seven months of this year. All this suggests that the economy will bounce back, as has been widely expected, albeit at a slightly slower pace than anticipated thanks to the external debt problems in the rest of the world.

For those businessmen doing “real” business, the investment climate is improving and the bold among them are going back to investing in their businesses — since the long-term goal of most businessmen remains to capture as much market share as they can while it is still up for grabs.